Contactless Solutions-The Next Wave of Digitization 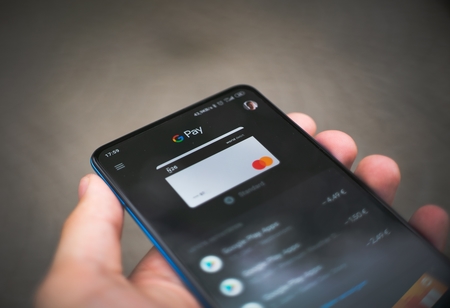 The global contactless payment market size is expected to grow from USD 10.3 billion in 2020 to USD 18 billion by 2025, at a Compound Annual Growth Rate (CAGR) of 11.7% during the forecast period.


Going back, in the pre-internet era, electronic payments, especially credit and debit cards, became one of the most overriding forms of non-cash payments. Credit card was brought forth by the Central bank of India in 1980 in association with Visa and Master Card. The retailers and the consumers absorbed it quickly as an easy way of making payments. Enter internet in the mid-90s; a new kind of boom with people selling their products and service online, known as “E-commerce” had arrived. Accompanied by the same, came the payment gateways and with it a revolutionary firm that made it absolutely necessary to have more modes of cashless payments. The GoI too learned this as a necessity to catapult our economy. The UPI (Unified Payment Interface), by the Govt of India and NPCI was one of GoI’s quintessential entrants to this race to cashless economy. Finally, just when you thought it can’t get any better, we are introduced to tap-to-pay payment cards.

Contactless Rental Solutions
Let’s talk at the ground level! COVID-19 has been ugly for both tenants and landlords, and it is the physical process that has made things challenging for both parties, especially if one wants to vacate the premises or for that matter rent out a new one. The refund of security amount and rent deferment due to the contagion are the biggest areas of concern, especially since most lease agreements do not factor in the virus as a force majeure event.

Of late, there have been a slew of launches of tech interventions to deal with these issues. One of them is the launch of an escrow account that takes care of the know-your-customer process, generates legal documents and also holds the advance and security deposits digitally, not to mention the rent receipt that it generates month-on-month.

This escrow mechanism may become the norm once the government’s draft model tenancy act is implemented and will go a long way in pre-empting litigation.

Contactless Dining Solutions
Going contactless at quick-service restaurants (QSRs) in the past decade typically referred to adopting mobile payment options. While COVID-19 has increased demand for delivery and pick-up, restaurants were already looking to optimize the order-to-fulfillment process. Now, the crisis has forced restaurants to expand their view of “contactless” and how it relates to every aspect of the customer experience.

The National Restaurant Association estimates that three percent of all restaurants in the United States, which includes QSRs, have closed due to COVID-19 and more than 10 percent could close in the coming weeks and months. The association also estimates the restaurant industry lost $25 billion in sales for the first 22 days of March.

In a March Rakuten consumer survey, some 80 percent of respondents said they’ve avoided restaurants since the pandemic began and 66 percent said if a restaurant would proactively communicate the health and safety precautions they’re taking it would increase the likelihood of them ordering from that restaurant. To that end, conveying how a restaurant is implementing contactless solutions would also go a long way.

Technocrats or Technology enablers have been doing some great transformation works and have indeed transformed how we transact and design a highly engaging and educative networking platform that encourages the stakeholders to collaborate and innovate.