India is Brewing Up a Chip Design Revolution through Students 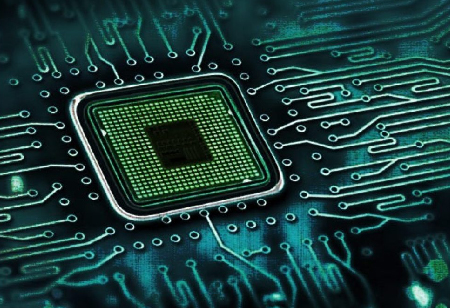 It’s been a long time since we started living in the semiconductor world. If you have any apprehensions, look at the level of disruptions caused by the ongoing Integrated Circuit (IC) shortage. From the first reports of chip shortages shutting down automotive production lines in 2020 to high-tech and consumer-electronics companies beginning to experience chip shortages and echoing woes about supply chains, the tiny chips have found themselves in an unaccustomed spotlight in recent years.

The decline in China’s total output of semiconductors has been the most significant reason. Indeed, in March 2022, the chip production in the country declined further from the previous two months. The causes can be attributed to the supply chain disruptions in manufacturing industries. The government once again initiated lockdowns, and other restrictions under its zero-Covid-19 policy significantly disrupted the supply chain streams across the country. According to a report by the National Bureau of Statistics (NBS), China’s chip production dropped 5.1 percent from the previous year to 28.5 billion units, compared with a 1.2 percent decrease in the January-February period. NBS data also reveals that the country’s total chip production reached 80.7 billion units, a 4.2 percent decrease from the same period last year.

India Could Offer an Alternative
The question is, what are we going to do about this? Well, India has an answer. The country is stepping up and is well on track to mitigate the shortage of ICs by democratizing chip design. The Ministry of Electronics and Information Technology (MeitY) is piloting a mission to democratize chip design in India through a series of graded and proactive steps, aiming to overhaul the country’s semiconductor design approach through students systematically. MeitY is performing this process across 120 premier academic institutions throughout India to engender the dawn of an era of creative enablement where anyone with innate skills can get the semiconductor chips designed anywhere in the country. The aim is to train 85000 students. While it is a sure bet to democratize chip design in India, designing chips in India also will be a long, critical stride toward Prime Minister Narendra Modi’s vision of Make in India and Atma Nirbhar Bharat.

Following the program’s success, MeitY now intends to widen the horizon of opportunities by expanding access to the centralized chip design infrastructure. The move will help train 85000+ B.Tech, M.Tech, and Ph.D. students at 120 academic institutions across the country for the next five years. Through the C-DAC facility, they will now have access to the most advanced tools for the entire chip design cycle (i.e., Front-end design, Back-end design, PCB design & analysis, etc. for Digital, Analog, RF & Mixed Signal designs), going up to 7nm or advanced node. Furthermore, they will also be inducted into an instructor-led/ online training environment on design flows, conducted by industry professionals and subject matter experts for the time period.

It is widely anticipated that by leveraging this exceptional facility, several academic startups will mushroom across the country, as it will help them roll past the entry barriers and eventually engender an entrepreneurship/ startup-led design & innovations ecosystem in the country. They could develop indigenous IP Cores, Chips, System on Chip (SoCs), and Systems for different application areas like 5G/ IoT, AI/ ML, Automotive & Mobility sector, etc. in India, to not only satisfy the local demand but to cater to the world.

The Timely ‘SemiconIndia 2022’
The recently concluded inaugural ‘SemiconIndia 2022’ Conference upheld the same vision — making India a global hub for Semiconductor Design, Manufacturing, and Technology Development. The event was organized by India Semiconductor Mission in partnership with industry and industry associations under the visionary leadership of Hon’ble Prime Minister Shri Narendra Modi. The event witnessed the dawn of a new era in semiconductor manufacturing in the country. For instance, Applied Materials, a leading semiconductor and display equipment supplier globally, used the occasion to announce an investment of over Rs 1,800 crore in India.

Rajeev Chandrasekhar, Minister of State for Electronics & Information Technology, commenting on the event, said, “In the past, the world heard Intel Inside. In the future, the world should hear Digital India Inside.” Rajeev also announced co-development pacts during the event, including Digital India RISC-V (DIR-V) Program, aiming to catalyze India’s semiconductor ecosystem.

On the other hand, Union Minister of Communication, Electronics and Information, Ashwini Vaishnaw, announced the plan, as mentioned earlier, to democratize chip design in the country. During the event in Bangalore, Ashwini said, “We understand that many countries are offering incentives. But what we offer, along with substantial incentives, is a commitment to create and augment our talent pool by 85000 semiconductor professionals over the next ten years. These will be industry-ready professionals, and we have already tied up with global institutions.”

The announcements at SemiconIndia 2022, coupled with the fact that India just scored a century of Unicorns last week and the long strides taken forward by MeitY to democratize the chip design across the country, could trigger the next wave of Startups and unicorns from semiconductor design space in the country. It’s becoming an increasingly safe bet.