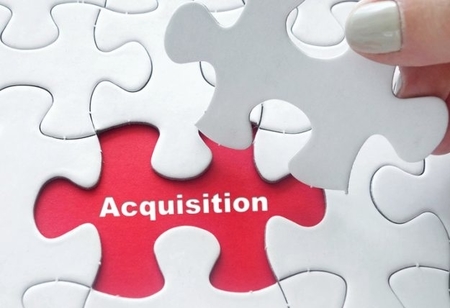 The top Indian IT firms like TCS, Wipro, HCL, and Infosys have been on an acquisition spree ever since the pandemic began. It’s quite evident that they have been reaping benefits out this strategy; TCS overcoming Accenture to become the world’s most valued IT company is a strong testament to this statement. Interestingly, most of these acquisitions have been made in the areas of cloud computing and AI based products and services. Let’s take a look at some of those stellar acquisitions in October, 2020.

Wipro’s Eximius Design Deal
Wipro had recently signed a definitive agreement to acquire Eximius Design, a leading engineering services company. Eximius is well known for its strong expertise in the fields of semiconductor, software and systems design. The 2013-born company is headquartered in San Jose, California, and has design centers in the US, India and Malaysia, catering to semiconductors, cloud & hyperscale infrastructure, consumer electronics and automotive segments. The deal implicates that these offerings and solutions will be consolidated as a part of Wipro’s EngineeringNXT framework.

In the aftermath, the Indian tech major has also announced its financial results for the quarter ended September 30, 2020. Wipro’s gross revenue was valued at ₹151.1 billion ($2.1 billion1), denoting a hike of 1.4 percent QoQ and a decrease of 0.1 percent YoY. The IT Services Segment Revenue was valued at $1,992.4 million, which shows an increase of 3.7 percent QoQ.

Infosys Completes Blue Acorn iCi Acquisition
Indian tech major, Infosys has recently got the acquisition of the award-winning digital customer experience, commerce and analytics company ‘Blue Acorn iCi’ over the line. Blue Acorn iCi is an Adobe Platinum partner based out of Charleston, US. A 2008-born company, Blue Acorn iCi is a brain-child of a team of engineers, data scientists, digital commerce experts, designers, and strategists. The company is also known for its strategic fusion of content management, commerce & analytics. With this latest activity, Infosys will get hold of significant cross-technology capabilities through the convergence of customer experience, digital commerce, analytics, and experience driven commerce services. Recently, the company had also acquired WONGDOODY, creative marketing services company.

year revenue growth of 8.6 percent in INR and grew by 2.2 percent in CC. The company also said that it will roll out salary increases and promotions across all levels effective from January 1st.

HCL Buys Cisco's SON Technology
Indigenous technology giant, HCL Technologies Limited had recently completed acquisition of Cisco's Self Optimizing Network (SON) Technology reportedly for a cash deal of $49 million. A platform that banks on machine learning and a set of applications to automate the Radio Access Network (RAN), Cisco SON facilitates customers optimize their performance, and integrate multifarious technologies. It can optimize the capabilities of existing infrastructures to provide customers with reduced capital and operational expenditures.

HCL had revealed a net profit of Rs 3,143 crore in the quarter ended September 30. This implicates an increase of 7.23 per cent compared to the April-June period. The company in regulatory filing had also revealed that its revenue was clocked at Rs.18,594 crore in the second quarter of current financial year.

TCS to Buy Deutsche Bank’s Technology Unit
Tata Consultancy Services Ltd, is in an advanced stage of talks with Deutsche Bank to acquire its technology unit. Bloomberg had reported that the company is expected to close the deal by the end of the year. The Deutsche Bank had reported significant loss for the last three months of 2019 and for the full year. The company had trimmed its cut staff and wrote down the value of assets, which indeed fuelled the speculations about the company’s predicaments. TCS’ potential takeover of its 1,400 employees in the South Asian nation will be a boon to Deutsche Bank in terms of its lay off goals.

TCS had also recently became the most-valuable IT company in the world, surpassing Accenture for the first time in terms of market-cap. Of late, The company’s market value clocked $144.7 billion against Accenture’s $143.1 billion values (as on October 8 closing). En route to the top position, TCS had also happened to go past IBM, which closed sale with a market capitalization of $119.46 billion. With this latest turnaround, among the listed Indian companies, TCS is only behind Reliance Industries in terms of market capitalization. Reliance Industries’ market capitalization stands at nearly $215 billion.

The company’s staggering numbers in the stockcan be attributed to its Q2 growth results. TCS earlier had announced its consolidated financial results according to Ind AS and IFRS, for the quarter (Q2) ended on September 30, 2020. While the revenue was clocked at $5.424 billion, which is a 1.7 percent decrease on YoY, TCS saw a healthy 7.2 percent QoQ growth and Constant Currency (CC) revenue growth of 4.8 percent QoQ.

The Future
The aforementioned details just scratching on the surface of a much larger win by the Indian IT giants in the technology arena. Interestingly, the growth trajectories of these companies also implicates that the work from home culture has really worked and it will be of little surprise if they pursue it on a much larger scale than we all expect post the pandemic.

On the other hand, these acquisitions pattern also manifests the dramatic demand for cloud increase in cloud adoption rate. According to a research by Marketswatch.com, the global cloud migration services market was valued at $3.10 billion in 2017 and is expected to reach a value of $9.98 billion by 2023, growing at a CAGR of 21.50 percent. India doesn’t shy away either. ‘COVID-19 Impact on IT spending Survey’ had divulged that accounting to the spread of the pandemic, 64 percent of the organizations in India are expected to increase demand for cloud computing. The numbers justify the acquisitions and we can bet on these companies reviving their full-fledged growth mode sooner than we expected.