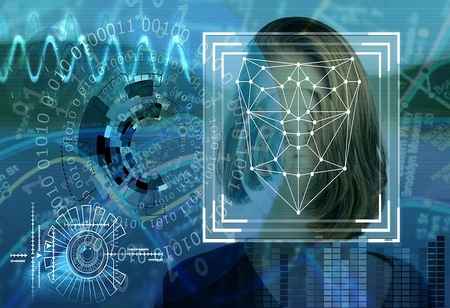 Researchers from the Indian Institute of Technology, Ropar, Punjab and Monash University, Australia have created a unique detector called ‘FakeBuster' that can detect imposters who are attending a virtual conference without anyone's knowledge.

The progress in artificial intelligence (AI) algorithms, such as computer vision and machine learning (ML) techniques, has resulted in a technology that can generate synthetic media. This synthetic media poses an ample number of capabilities, which could allow attackers to enable an individual to say or do something that they may not have done.

To solve this problem, the researchers from both universities have jointly invented a software platform called ‘FakeBuster’, which allows for evaluation a user or organizer to detect whether another individual's video is manipulated or spoofed during a video conferencing, especially in this current pandemic situation, where most official meetings and work is done online.

FakeBuster can even detect faces that have been manipulated on social media to defame or mock others.

According to Dr. Abhinav Dhall, one of the key members who developed ‘FakeBuster’ explained that the use of distorted media material in the dissemination of fake news, pornography and other types of web content has been widely observed, with serious consequences.

He said that such manipulations have recently found their way into video-calling platforms through spoofing tools based on facial expression transfer. Fake facial expressions can be very convincing to the human eye, and they can have significant consequences.

The team believes that their software platform, FakeBuster, is one of the first to use DeepFake detection technology to detect imposters during live video conferencing. The device has already been checked and will soon be available on the market.

Associate Prof. Subramanian said, "we are aiming to make the network smaller and lighter to allow it to operate on cell phones/devices as well. The team is also working on detecting fake audios with the software”

Dr. Dhall also assured that the tool is based on deep learning technology and has accomplished over 90 percent accuracy.

As real as it gets, Deepfakes, which are real-time mimicked visuals (videos), can also be used during online exams and job interviews.

The software framework involved in the app differs from those of video-conferencing solutions and has already been tested with Zoom and Skpe applications. Also, the app is available in both online and offline modes.

Since the system can currently only be connected to laptops and desktop computers, Associate Prof. Subramanian said, "we are aiming to make the network smaller and lighter to allow it to operate on cell phones/devices as well. The team is also working on detecting fake audios with the software”.