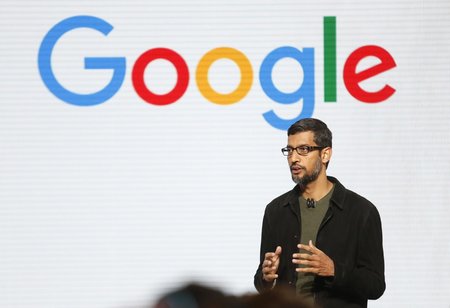 Google today said it plans on investing $10 billion in India in the coming 5-7 years. The search engine leader wants to expand Google’s presence in foreign markets.

Google’s CEO Sundar Pichai said that Google for India Digitization Fund via which it plans on the investment for India. He spoke at Google's annual event, “A mix of equity investments, partnerships, and operational, infrastructure and ecosystems will aid the investments. We are confident that India’s future and digital economy is strong.”

Google’s Investment Will Emphasize On –

1. Giving not so costly access and information to every Indian according to the native language (Hindi, Tamil or Punjabi).

4. Making AI popular for social enhancement in sectors like health, education, and agriculture.

India being the prime foreign market for Google with never-ending products’ list, and services like Search, YouTube, and Android, Google plans to expand the development among the entire population.

With 500+ million population in India, and the world’s second-largest populated country with 1.3 billion people, today 450+ million are active smartphone users.

“Though more work is pending to make internet cost-friendly and useful for billions of Indians. Improvement in voice input and computation of all Indian languages and supporting/inspiring the coming generation of entrepreneurs is to be done,” explained Sundar Pichai.

Google gets a fraction of its revenue from the world’s largest internet market. It is like any other American tech giant. However, it is not stopping Google from venturing out in India which is at present promising to develop market for the hundreds of millions of users.

Google and Amazon rival Facebook already made $5.7 billion investment on April in the top telecom connection provider in the nation Reliance Jio Platforms. The telecom operator plans to digitize 60 million mom and pop stores in the country.

Reliance Jio Platforms, the four year old subsidiary of India’s most valued firm Reliance Industries raised more than $15.7 billion in the second half of April from 12 high-profile investors. In the beginning, Jeff Bezos visited India and said Amazon has plans of investing $1 billion in India, which will be a cumulative investment of $6.5 billion by Amazon in India.

India Google Head, Sanjay Gupta said that the company’s upcoming $10 billion promise to the Indian market holds key to many products and services in India. He said, “Committing ourselves to partner deeply and supporting India in the digitalization is now our motto.”