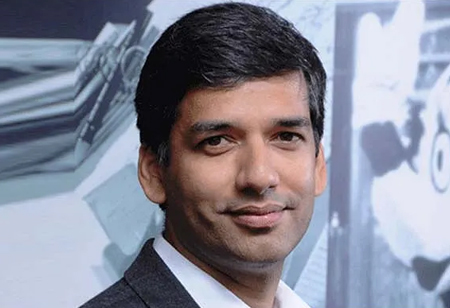 Facebook has recently announced the appointment of Abhinash Pant as the new Marketing Director for its Indian operations. He has been commissioned to drive the company’s consumer marketing efforts across the family of apps which includes - Facebook, Instagram, as well as WhatsApp. The appointment has been made with a vision of deepening its focus in India. Abhinash Pant will be directly reporting to Ajit Mohan, Vice President and Managing Director of Facebook, India.

Abhinash has over 22 years of experience, and has worked with some of the leading consumer brands which include the likes of Nike, Coca-Cola, Walt Disney and Red Bull. Prior to joining Facebook India he was working as the Indian Marketing Director of Red Bull and was responsible for building the brand in India through partnerships and sports, dance and music content.

In the last few months, Facebook has recruited key roles across its multiple departments such as Marketing, sales, policy and partnerships. These roles have been spread across the social media platforms of Facebook, Instagram and WhatsApp. Over the last year, the company has triggered several India focussed initiatives like ‘Boost With Facebook’ with a focus on fuelling entrepreneurship and bridging the gender gap on the internet. In 2019, Facebook had made its first ever minor investment in a social- commerce venture named Meesho that empowers entrepreneurs especially women.

It was also the year when Facebook made a partnership with International Cricket Council (ICC) that made it the exclusive digital rights partner for the entire Indian Sub-continent. The company also announced its tie up with Government owned Common Services Centre (CSS), to provide tools and training to over 25,000 women in 3000 villages throughout India. Pant’s appointment comes a year after Facebook had made new leadership structures across India. This is the first time Facebook India has appointed a Marketing Director.

Technology is Redefining the Healthcare Sector for Tomorrow