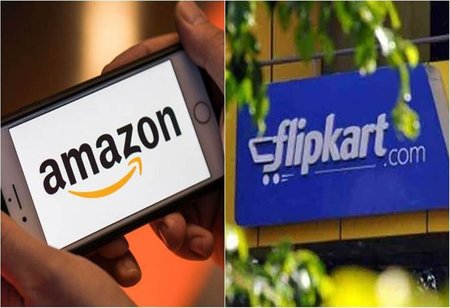 Helping the local startups in their growth, according to a recent report the e-commerce leaders Flipkart and Amazon said they might share their source codes and algorithms to the Indian government.

In light of a new policy, the e-commerce platforms also may need to provide seller data to the consumers, according to the reports.

Along with Amazon and Flipkart, Google is also set to follow the trend. These giants might need to declare the explainable AI in simple language.

A Bloomberg report says that the 15-page policy put ahead by the government is on works for the last two years. This policy is prepared by the Ministry of Commerce Department for Promotion of Industry and Internal Trade. The main focus will

be to decrease monopoly and dominant tech culture by the giants and provide path for the local startups to flourish.

Thought the bill has maintains integrity of storing data locally, however, leaves it open by saying that after consultation, the government “will define the categories of e-commerce that would require mirroring or localization”.

Through this policy, the government will also get access to verify usage of consumer data by the e-commerce companies.

Bloomberg said that this is being done on behalf of the Indian consumer and the local ecosystem. There are more service providers and the networks effects do not make way for monopolies and misuse of consumer data for dominancy in market.

In terms of the policy, the e-commerce platforms need to provide consumer details which include phone numbers, customer complaint contacts, email and addresses. For imported goods, the consumers will get details about the country of origin and the value of work done in India.

However, there is no official declaration about this by the Indian government. It is due to release on the government’s website said by the report.

The Indian government proceeded with the development once it banned Chinese applications from India. A total of 59 Chinese applications like TikTok, WeChat, BeautyPlus were banned as these engaged in activities “prejudicial to sovereignty and integrity of India, defense of India, security of state and public order”. For keeping the interest of crores of Indians safe and secured as said by the Ministry of Electronics and IT (MeitY) in an official statement had said.