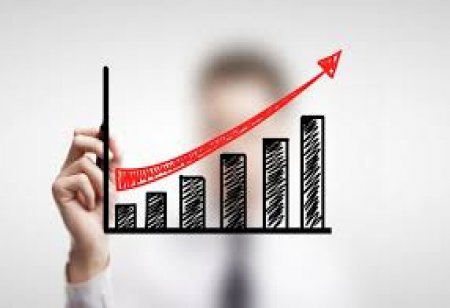 India’s largets online retailer, Amazon and Flipkart achieved a record $3 billion (nearly Rs 19,000 crore) of Gross Merchandise Value (GMV) in the first six days of the festive sale from September 29-October 4, a new report said on Tuesday. Walmart-owned Flipkart and Amazon dominated 90 percent of the market share during the 6-day sale event, said Bengaluru-based research firm RedSeer Consultancy. Given the momentum seen in the first edition of the festive sale, the entire month of October is expected to generate up to $6 billion (Rs 39,000 crore) in online sales, almost shared by Amazon and Flipkart.

The year-on-year (YoY) growth during the festive sale period was 30 percent, with significant share coming from customers in tier II and III cities, particularly in large appliances. Mobile was the category leader, contributing to over 55 percent of GMV in festive days. Consumers delayed their mobile purchases for the festive sale season,

"Strong performance across categories including mobiles was the key reason for Flipkart leadership. This was, in turn, enabled by strong value prices, high EMIs adoption and diverse selection across categories, all marketed aggressively to reach customers widely," the RedSeer report said.

Amazon's GMV growth was 22 percent (YoY). However, its volume growth rate was more than 30 per cent (YoY).

"The larger push has come from Bharat customers, migrating to online shopping driven by the strong value provided from the online retailers across categories including mobiles, which have shown a strong surge during sale event despite having a relatively slow growing first half of 2019," Kumar noted.

Earlier, two big e-commerce players Amazon.in and Flipkart announced record transactions on their respective platforms, along with adding new customers, especially from the tier II and III cities in the September 29-October 4 sale period. Consumer electronics, smartphones, fashion and large appliances were among the top gainers as the demand surged from smaller cities and towns this year - indicating that the consumer spending has only increased in the country despite slowdown fears. Amazon.in said it received orders from 99.4 percent of pincodes while over 65,000 sellers from more than 500 cities received orders in just five days of the first edition of its "Great Indian Festival" sale.

Nearly 15,000 sellers more than doubled the sales while millionaire sellers including "crorepati" sellers exceeded 21,000 sellers in the sale. Aiming to bring the next 200 million consumers to the e-commerce fold, Flipkart said that "The Big Billion Days" sale witnessed almost 50 per cent growth in the number of new customers compared to last year, with 70 billion views in six days of the sale. Moreover, clocking record sales powered by shoppers and sellers from tier 2 cities and beyond, more than 50 percent of Flipkart Plus shoppers were from smaller cities and towns, while sales from tier 3 cities grew by 100 percent (YoY). Nearly 50 percent of top sellers on Flipkart witnessed 3X growth and over 40 percent of transacting sellers during the sale were from Tier 2 and beyond towns.