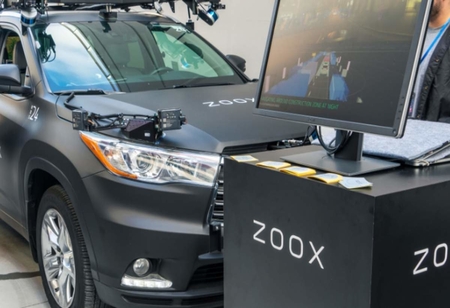 Amazon.com Inc (AMZN.O) has now agreed to pay over $1 billion to buy self-driving startup Zoox Inc, as reported by the Information Thursday, citing sources, in a move that would expand the e-commerce giant’s reach in autonomous-vehicle technology.
The report did not mention the exact purchase price and added Amazon is unlikely to disclose it when the deal is announced, likely to be on Friday.


Numerous Zoox investors are getting their money back, with some making a positive return, the report added. Lux Capital, DFJ and Atlassian co-founder Michael Cannon-Brooks are some of the investors.

The Wall Street Journal reported last month that the companies were in advanced talks and the deal could value Zoox at less than the $3.2 billion it achieved in a funding round in 2018.

Amazon has stepped up its investment in the car sector, participating in a $530 million funding round early last year in self-driving car startup Aurora Innovation Inc.

Zoox an American company currently headquartered in Foster City, California with multiple offices of operations throughout the San Francisco Bay Area. As of June 2020, Zoox currently has over 1,000 employees.

Zoox is transforming mobility-as-a-service by developing a fully autonomous, purpose-built fleet designed for AI to drive and humans to enjoy. The startup, whoch employs nearly 1000 workers, was founded in 2014.