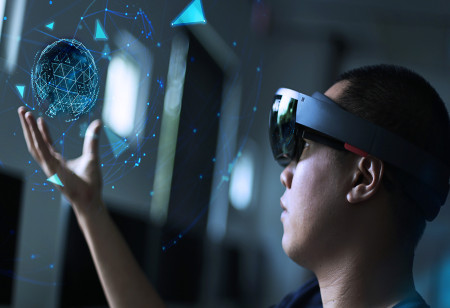 The future of AR/VR is really a question. We may ponder over the thrill that it delivers. But to get the detailed picture, its best to ask all sects of the chain.

To see a pretty view of the future of virtual and augmented reality, ask a firm that is working in this space. If a pessimistic view is what you’re looking for, speak to an investor. However, if seek a realistic view, one packed with experience, instead of conjecture and wishful thinking, ask the bright minds who are actually building stuffs from it, around it, and in it.

Hands down, games are still the primary driver of the industry, with 59 percent of developers' current or potential VR & AR projects floating the gaming space. However, one survey saw distinct growth in a number of other fields, particularly education (33 percent) and training (27 percent). Interestingly, that growth dovetails with another significant shift: when developers expect to turn a profit.

Its high time, VR and AR should get past the 'fun' visions now. If the makers want to make AR VR and ubiquitous technology, they need to start inventing into serious industries like the theatres. In the near future, virtual rollercoaster rides and space missions will not be enough to keep AR/VR alive. It doesn’t matter if the applications give journalists their story. Besides, the irony here is, if one tries to describe one of these VR experiences, it’s like recollecting a dream -- ludicrous and perplexing at the same time to those who weren't there.

Bitter as it may sound, AR/VR needs be more of a use in transformative mainstream technology. Little less exciting and a bit more useful!

However, unlike VR, AR superimposes digital features onto the real world plane- now this is something that can be done in multiple ways. If you have watched the Google I/O Summit recently, you’d figure that, for consumers in particular, smartphone-based AR will drive the market in the short to medium term. Besides, the summit had already announced that Google (ARCore) have built AR capabilities into Android, which means that newer and high-end handsets will already have AR built in.

So I hope you have the full picture now, as to how the AR/VR market looks like.