Artificial Intelligence As A Game Changer For Climate Change 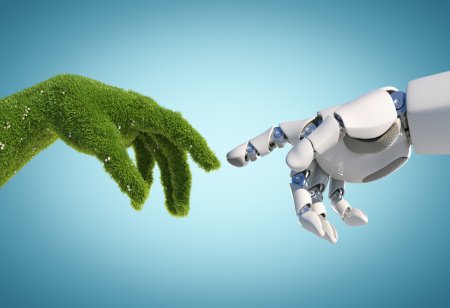 Climate change is the biggest challenge faced by the entire world. Climatic condition will need every change possible including the technological changes like artificial intelligence. The complication of this condition is making worse by the collective people around and players who are engaged from different universal government and individuals who are not constantly open to have development or change. So, the sooner and wiser people can accept AI and machine learning then probability of success will at least slow down the damage caused by climate change.

Many of the biggest effects of the climate variation in the coming era will be taken by fundamentally large and complex system such as ice sheet dynamics and changes in cloud. Artificial intelligence is the only one way to solve these conditions into a better climate cycle. This method will help the experts realise about the occurrence of natural calamities and thus can take more and efficient safety measures to overcome. As artificial intelligence is a primary enabler of climate change technologies, people are not aware of the importance of AI and they focus on the negative aspects of losing jobs and ethical bias.

When data learning and statistical techniques have been used extensively in climate science to benefit, examine, categorize and predict artificial intelligence transforms this into a different way. The data that is being operated, sensors like human wearable, supply series, mobile phone and manufacturing plants all has a major part to play in gathering data about climate condition. In the recent study, Google has declared that with the usage of artificial intelligence, the wind energy has boosted up to 20 percent. However AI has massive probability to help people in creating a defensible future but it is just a portion of better set tools and pathways that is required to touch the goal. This method must be used carefully because emergence of new technology in any field can always have a negative side. The study of implementing artificial intelligence suggest that people should not completely rely on AI only but also think of other possible way to sustain the climate condition. This results in predicting the future of the climatic condition in the coming years.