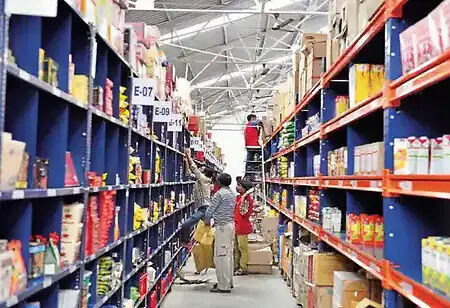 The talk in town is that, BigBasket, owned by Tata group, has started a testing model, that is, a group buying model for delivering groceries in Tier IV towns amid growing competition in the category.

BigBasket is experimenting community buying with companies amping up their grocery and essentials verticals amid an increase in demand for these categories online.

With the testing model, BigBasket is joining a growing list of ecommerce firms including Flipkart, Meesho, DealShare and Udaan, which have been making aggressive moves in this space to widen their customer base and serve value-conscious users.

Pinduoduo is a comparatively new ecommerce participant in China in comparison with Alibaba and JD.com

Arpit Mathur, Kearney says, “there is not going to be a one-model player (in grocery), everyone looks at China as a developed online grocery market. There, online grocery comprises 15-20 percent of overall grocery retail. That itself has four or five different models. BigBasket is an out-and-out grocery player. They would want to have an offering for all types of buyers.”

Founded by Pinduoduo, group buying of groceries on-line took off in China’s small cities earlier than catching on in bigger cities. Pinduoduo is a comparatively new ecommerce participant in China in comparison with Alibaba and JD.com. this had a 13.2 percent share of the nation’ ecommerce market in 2021, in accordance with New York-based market analysis agency eMarketer, placing it in third place behind Alibaba and JD, which had a 47.1 percent and 16.9percent market share, respectively.