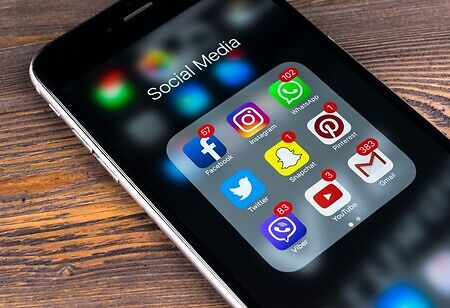 Cries and screams of fear and pain reverberate across Afghanistan as the Taliban reigns down terror after two decades since 2001. Holding onto dear life, Pashtuns race towards airports as their last resort to escape from this undeserving brute misfortune that befell them. The nation’s President Ashraf Ghani also had to make the hard choice of fleeing from his nation to avoid bloodshed. The nation is forced to relive its nightmare from years ago when the US shut down the group’s power back in 2001.

Although they lost that battle back then, the group never left the nation. Their current tactics and rapid move show the kind of work they have been planning for all these years. With how much cell phones and social media have grown over the years, the group precisely used those alternatives in what is called Russian-oriented information warfare to carry forth its agenda and strategies around it. Meaning, the group has allegedly been using those typical fake accounts and bots to spread the word of its creed and probably shake the nation’s government in the process.

To trick Afghan security troops into surrendering, the group used a mix of new as well as traditional tactics, with a pint of appeals from tribal elders and text messages. As outposts disintegrated, the Taliban maintained its momentum on the battlefield by resupplying its soldiers with captured US equipment and using images of the surrender for extra propaganda.

It appears that these propaganda promotions piled up more during the recent Afghan invasion. For a while, social media firms went topsy turvy over dealing with such content, especially when YouTube outlined that the group does not fall under the list of Foreign Terrorist Organizations (FTOs) maintained by the US state department. On the whole, this may question social media’s rules of curbing such content carrying the very essence of offensiveness. Yet the group has been flexing its agenda for years until recently when Facebook decided it’s dunzo for the group’s usage on its platform.

According to Facebook, "under US law, the Taliban is a designated terrorist organization falling under Dangerous Organization policy, and it will prohibit them from using its service. This means it will block accounts run by or on behalf of the Taliban, as well as praise, support, and representation of the Taliban ".

Facebook 'Takes Down' at Sight with Taliban Content
For some time, the social media giant has been keeping a bird’ eye view on the nation’s current scenario. It observed that Taliban members are believed to have continued to use the end-to-end encrypted messaging tool WhatsApp to engage directly with Afghans. Facebook now commenced upon removing any content related to the group from its platform.

Since the group is enlisted in its list of dangerous organizations and any content generated or related to such groups is now being proactively taken down by the social media giant under its policy. But judging how the situation is gaining pace, the company believes that the risk will grow along with it. The company now says that it will have to modify what it does or how it does when responding to those dynamic risks as they occur.

The social media giant stated that it does not make choices on national government recognition, but rather defers to the authority of the international community. The ban applies to all of Facebook's services, including its flagship social media network, Instagram, and WhatsApp, according to the company. If it is discovered that accounts on the app are related to the organization, Facebook said it will take action.

However, there are indications that the Taliban is communicating using WhatsApp. Any accounts proven to be related to the sanctioned organizations in Afghanistan will face consequences from WhatsApp, which may include account cancellation.

According to Facebook, "under US law, the Taliban is a designated terrorist organization falling under Dangerous Organization policy, and it will prohibit them from using its service. This means it will block accounts run by or on behalf of the Taliban, as well as praise, support, and representation of the Taliban ".

Twitter to Proactively Enforce Rules Against Glorification of Violence
The terrorist group has also been using Twitter's platform and since its current invasion, it’s been noticed that the group has made a lot of updates about it. On the other hand, it’s also noticed that many people besieged in the nation are seeking support and assistance on the platform. The microblogging site has sworn to safeguard that safeguarding the people is its first priority.

People in Afghanistan have been using the company's website to seek help and assistance as the situation in the nation has drastically changed. Twitter’s primary responsibility is to keep people safe, and it is committed to doing so.

The microblogging site is said to proactively enforce its rules and review content that may violate them, including standards prohibiting the glorifying of violence, platform manipulation, and spam.

Speaking of tweets, social media users have tweeted and posted on other social media platforms #sanctionpakistan to pool the international community’s attention accusing Pakistan’s support on the Taliban.

#sanctionpakistan Goes Viral on Social Media Platforms
Massive social media campaign in Afghanistan is demanding sanctions on Pakistan for they believe that Islamabad is behind the Taliban’s wreck of havoc in the country.

A lot of people have been tweeting on Twitter and posting on social media platforms #sanctionpaksitan and it even became trending. The hashtag went trending for three days in a row. Other hashtags also include 'Sanction Pakistan', 'Stop Proxy War' and 'Stop Supporting Terrorist Group', which have also ranked the charts for trends.

As aimed for, the hashtags drew the attention of many global leaders and heads, including Canada’s former minister Chris Alexander who said the hashtags voice the will of Afghans wanting peace. He also said that the hashtag is also a voice to other states undergoing similar restrictions and disruptions.

Also, the social media movement comes immediately after Afghan’s UN ambassador Gulham Isaczai pleaded with the members of the UN council to somehow hold peace talks with the Taliban.

Currently, many in Afghanistan remain trapped waiting for airport services and are relying on social media to seek help to escape their undeserved doom. As many fear their nation’s future and the group’s revenge attacks upon those who worked with the Americans or the government. Worst of all there’s fear about the group reimposing its belief of Islamic law that questions basic human rights, especially that of women. Although the group has attempted to portray themselves as a moderate force, promising to not exercise revenge, many Pashtuns are doubtful of such claims.