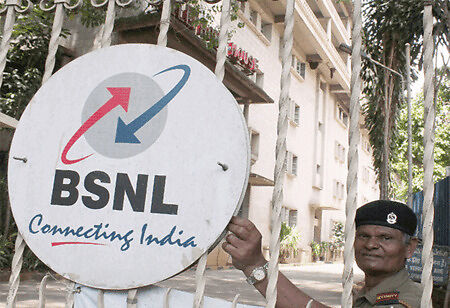 The Department of Telecommunications has amended the 'sui-generis' category license granted to government-owned BSNL for the provision and operation of Satellite-based services using a gateway installed in India.

Besides, DoT also says, "the licensee may provide in its area of operation, all types of mobile satellite services such as INMARSAT services."

The INMARSAT services may include voice and non-voice messages and data services by establishing a Gateway in India utilizing any type of network equipment including circuit and or packet switches.

Also, this shall include broadcasting of distress messages in India or outside the territorial boundaries of India subject to applicable rules and laws.

BSNL has launched BSNL Wings Services in 22 telecom circles in which, there is no need of SIM card or cable wiring as is a VoIP service through an app

Bharat Sanchar Nigam Limited is India's government enterprise and its history can be traced back to the British India. The foundation of telecom network in India was laid by the British sometime during the 19th century. During the British era, the first telegraph line was established between Calcutta and Diamond Harbour in 1850. BSNL Mobile is a major provider of GSM network under brand name CellOne and BSNL all over India. It has wide network coverage in both urban and rural areas of India. It has over 121.82 million customers across India.

On 16 August 2018, BSNL has launched BSNL Wings Services in 22 telecom circles in which, there is no need of SIM card or cable wiring as is a VoIP service through an app. It offers unlimited free calling for one year throughout India.