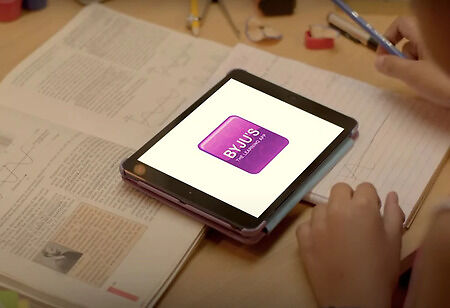 Already in talks of raising $ 400 million to $ 600 million while planning for an initial public offering next year is one of India's most prominent edtech startups, Byju’s.

Housed in Bangalore, the edtech startup is on the brink of closing a pre-IPO fundraising worth $ 21 billion within a matter of weeks, this fundraising is mostly projected to be divided equally between debt and equity.

Headed by former teacher Byju Raveendran, the edtech startup appears to be filing its initial IPO document before the start of the second quarter of next year and is said to have looked for a timeline of 12 to 24 months.

Along with the edtech firm, bankers are in talks to settle for a valuation of $ 40 billion to $ 50 billion, but of course, the final decision will solely lie on how the financial results turn out including the investor demand. To name a few among these banks which are in talks are Morgan Stanley, Citigroup Inc and JPMorgan Chase & Co., and the same banks are involved with the current fundraising as well.

Additionally investment bankers have suggested options like an IPO in the US or merger with a special purpose acquisition company or SPAC. but those options are less likely than a listing in India.

On the other hand, the technology sector in India has shot up with IPO fundraisings expected to reach record levels. In fact, venture capital firms have increased their investments in the country, owing in part to a Communist Party crackdown in China, which has made that market less welcoming.

As the pandemic reached its peak in India last year, the company recruited 45 million kids to its platform, and by July, the app had more than 100 million users.

After raising $150 million from UBS Group AG, Byju's is reported to be worth $16.5 billion. According to market research firm CB Insights, this puts it just ahead of the second-most valuable startup in the country, digital payments platform Paytm. Meanwhile, Paytm has filed the preliminary documents for what might be India's largest IPO to date, valued at $2.2 billion.

Byju's is believed to have the potential to become a global leader in education technology, especially given Beijing's recent reforms, which have placed severe restrictions on similar startups in China. This is said to have piqued investor interest and indicated that the new goal valuation of $21 billion can be met.

Since last year Byju's has been on a buying spree, purchasing firms that provide coding lessons, professional learning courses, and test prep programs for competitive Indian examinations. As the pandemic reached its peak in India last year, the company recruited 45 million kids to its platform, and by July, the app had more than 100 million users. There are 6.5 million paid users, with an annual renewal rate of 86 percent.