The Great Indian Unicorn League of 2021 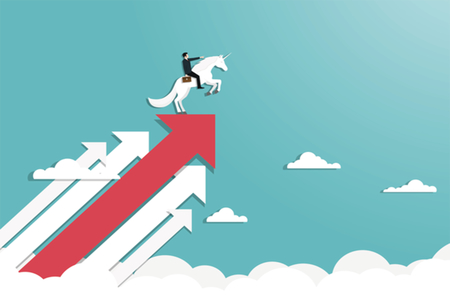 India's unicorn startup landscape has come a long way, from embracing Inmobi crowned as the first in 2012 to the present that harbors over 35 unicorn startups, which have had a good deal of ups and downs.

But it is these tough times that enforced the accelerated growth of digital transformation. This is mainly the reason why Uber, WhatsApp or even PharmEasy are a verb now. As time goes by, there will be even more startups becoming verbs and now that it’s almost been five months, the nation is already embracing 14 of its new unicorn startups.

Startups Turned Unicorn
Digit Insurance
The first one on the row this year, constantly driving towards simplifying the general insurance process through technology. It has not disclosed the latest acquired amount, but news reports have it that its first funding took place in two lots $ 84 million and $ 18.5 million and has currently procured about $ 244.5 million.

Innovaccer
Awarded as the 'Best Healthcare Big Data Platform' by Medtech 2018, it provides efficient and effective healthcare using transparent data and pioneering analytics. The latest funding weighs about $ 105 million and is currently valued at $ 1.3 billion.

Five Star Business Finance
Like every NBFCs (Non-Banking Financial Company) out there, the Five Star Business Finance is a registered platform dealing with funds lending and financially assisting SMEs (Small and Medium Enterprises) across the nation. In a Sequoia Capital India led round, the startup raised about $ 234 million and is currently valued at $ 1.4 billion.

“The goal is to provide all of the essential tools and resources to investors so that they can make wise, informed investing decisions on their own”, said Lalit Keshre, Co-Founder & CEO, Groww in an exclusive interview with CIO Insider

Meesho
That one popular advertisement that constantly encourages individuals like no other to get into entrepreneurship and it also encourages the ‘one man’s trash is another man’s treasure’ concept. It’s allegedly reported to have raised about $ 300 million in a SoftBank Vision Fund led round and has hopped on the unicorn cloud with a value of $ 2.1 billion.

Infra.market
A B2B (Business to Business) tech company that movies and simultaneously simplifies the process around procurement by construction and real estate companies. Its valuation rose to $ 1 billion during a Series C funding of $ 100 million led by Tiger Global.

PharmEasy
Take it easy like PharmEasy, sounds easy but it’s no brainer that the firm has worked its way up to be the seventh unicorn startup with a valuation of $ 1.5 billion after the procurement of $ 350 million in a series round led by TPG (Texas Pacific Group) Growth and Prosus Ventures. To place the cherry on top, it has become India's largest medicine distributor platform.

Cred
This is the same CRED that went viral after an ad featuring Rahul Dravid's rage issues, penned by stand-up comedian Tanmay Bhat, it became a unicorn after raising $215 million in series D fundraising and generating adequate income, and it may be planning an IPO in the future. This two-year-old company is now worth $ 2.2 billion.

Groww
An online trade platform with over 1.5 crore users, was founded in 2017 by four former Flipkart executives. It has raised $83 million in a series D round led by Tiger Global, though the exact number was not disclosed, but Grow is now the Unicorn cloud as well.

“The goal is to provide all of the essential tools and resources to investors so that they can make wise, informed investing decisions on their own”, said Lalit Keshre, Co-Founder & CEO, Groww in an exclusive interview with CIO Insider.

Gushup
Its business is hinted at by the name, a corporation that provides texting services. Its primary goal is to create and distribute technologies that enable businesses and their consumers to communicate more efficiently through mobile messaging. Following a $ 100 million investment from Tiger Global, it joined the unicorn club.

Mohalla
It has received $502 million at a valuation of little over $ 2.1 billion. It is the parent company of short video app Moj and Indian regional language social media platform ShareChat, as well as conversational messaging platform Gupshup.

Chargebee
Chargebee, a subscription management platform based in Chennai, was named the tenth unicorn of 2021 after earning $125 million in a Series G fundraising round at a valuation of $ 1.4 billion. Tiger Global, along with Sapphire Ventures and Insight Venture Partners, led the investment once again.

Urban Company
Urban Company, a hyperlocal service provider based in Gurugram, with a $ 188 million Series F fundraising round had valued the company at $2 billion. It operates in over ten Indian cities as well as four overseas markets: Australia, Singapore, Dubai, and Abu Dhabi. In FY20, the company recorded sales of INR 256.4 crore (IND-AS) compared to costs of INR 394.2 crore, resulting in a loss of INR 137.8 crore.

Moglix
Another B2B platform for the industrial sector. After raising $120 million in a Series E round, Moglix became a unicorn in May 2021. It procures and distributes safety equipment, hardware, office supplies, and other items to various industries. The organization manages a supply chain that includes approximately 16,000 vendors, 35 warehouses, and logistical infrastructure.

Zeta
The last one to join the cloud, the financial company, founded by Bhavin Turakhia and Ramki Gaddipati in 2015, collaborates with over 25 fintech companies and ten banks, including HDFC Bank, Kotak Mahindra Bank, IndusInd Bank, Yes Bank, RBL Bank, and Axis Bank. SoftBank, a Japanese investment behemoth, has contributed $250 million to the company's series-C financing. Zeta's value has increased by more than threefold as a result of SoftBank's investment.

Last Say
It isn't always a walk in the park. Several startups have rushed to secure a spot in the business, only to fail tragically and close their doors. However, the number of unicorns has increased dramatically in India. And it's possible that the reason for this is the noteworthy development in infrastructure, finances, and the business environment in general. Customers have gotten more knowledgeable, and firms are working to close the customer gap. With the correct direction and exposure, there is also an increased desire among the youngsters to start something new. The willingness to take risks appears to have improved as well.