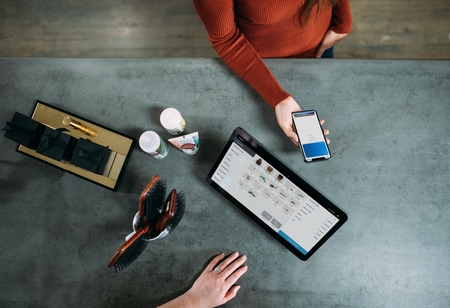 Based on data from BuyShares.co.uk., the worldwide growth in contactless payments is expected to reach a transaction value of $ 665 billion in 2021. In the coming years, the overall value of non-contact transactions will double to over $1.6 trillion by 2024.

These payment methods are fast, secure, and an easy way to buy products or services by simply holding a card or smartphone to a payment reader to carry out the transaction.

Since the COVID-19 pandemic has the world in its clutches, contactless payment technologies are becoming more of a norm, as a lot of consumers worldwide fear the spreading of the virus through non-contactless payments.

These tap-and-go payments have been particularly useful for consumers and enabled them to pay for goods and services without having to swipe, enter a personal ID number or sign for a transaction. Consumers can also use an Apple Pay or Google Pay payment app on their smartphone or smartwatch to connect their credit cards.

At present, China and the Far East are now opting to generate contactless transactions that are valued at $ 850 billion.

China and the Far East, which generate more than half of all contactless payments globally, are now considered as the leading region for such transactions. In 2021, a transaction worth $ 313.3 billion or 38 percent more than a year ago, is expected from the region's countries. This is projected to increase by 170 percent and reach a value of 849.1 billion dollars by 2024.

Last year, the data of Statista and Juniper Research revealed that the global market for contactless payments was valued at $ 482.7 billion. As the number of people switching to tap-and-go payments rises, it is anticipated that this number will increase by another 40 percent in 2021. Statistics show a rise in contactless payments over the next few years and an increase of one trillion dollars in their value to 2024.

On the other end, American consumers are also opting more of these contactless transactions, as to keep safe and function according during these tough times. Of which statistics suggest that this method of payment is expected to become more popular among American consumers in years to come and reach nearly $310 billion by 2024.

Coming to Latin America, which is considered as the second largest market worldwide, had also been using these contactless payment methods, prior to the arrival of COVID-19. In which, only a handful of issuers had issued contactless cards with several banks, which then developed contactless mobile wallets.

But that was changed by COVID-19, where Latin America is expected to see the fastest rise in tap-and-go payments during this period. In 2020, Latin America’s contactless payment market amounted to 4.6 billion dollars

However, the user uptake was so low that more than half of the Latin American consumers were underbanked and up to 90 percent retail payments still opted for cash payments in 2019, as per the details of the Americas Market Intelligence Survey.
will take flight by 851 percent for the next three years, where it’s said to go up to $194.2 billion in contactless transactions in 2021 compared with $156.5 billion a year ago.

But that was changed by COVID-19, where Latin America is expected to see the fastest rise in tap-and-go payments during this period. In 2020, Latin America’s contactless payment market amounted to 4.6 billion dollars.

Statistics indicated that the total transaction value is predicted to increase by 165 percent YY and reach 12.2 billion dollars in 2021, where it is now expected to generate $194.2 billion worth of contactless transactions in the same year, compared to $156.5 billion a year ago. It was also indicated that these payment methods will gain popularity among American consumers in years to come and hit almost $310bn value by 2024.