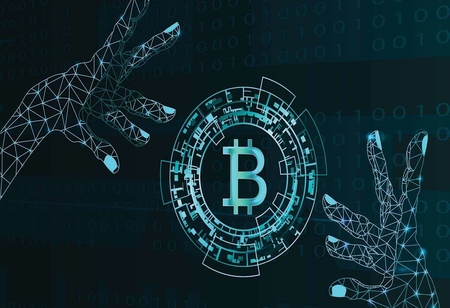 With the Reserve Bank of India (RBI) now saying that it is exploring the need for a digital version of fiat currency, cryptocurrency stakeholders have called the move a step in the right direction towards strengthening the fintech ecosystem in the country.

The RBI made the remarks in a booklet titled "Payment and Settlement Systems in India" released this week.

"Private digital currencies (PDCs) / virtual currencies (VCs) / crypto currencies (CCs) have gained popularity in recent years. In India, the regulators and governments have been sceptical about these currencies and are apprehensive about the associated risks," said the booklet.

"Nevertheless, the RBI is exploring the possibility as to whether there is a need for a digital version of fiat currency and in case there is, then how to operationalise it," it added.

The cryptocurrency industry in India has welcomed the move.

"The fact that the RBI is mulling over introducing a central bank digital currency (CBDC) in the country is a step in the right direction," Sumit Gupta, CEO and Co-Founder, CoinDCX, a cryptocurrency exchange, told IANS.

"Such moves will help India be on par with the emerging markets and be a key player in the fintech ecosystem. As we are witnessing an increase in the adoption of cryptocurrencies globally, many countries are considering issuing their own version of digital currency," he added.

The apparent softening in RBI's stand on cryptocurrency came after the Supreme Court last year set aside a circular issued by the RBI that barred any entity from providing banking services to anyone dealing with virtual or cryptocurrencies.

The RBI in its booklet on payment systems noted that central banks around the world are examining whether they could leverage on technology and issue fiat money in digital form.

The value of all cryptocurrencies earlier this year surpassed the $1 trillion mark and Bitcoin crossed the $40,000 mark before reaching $30,846.79 on Wednesday.

Cryptocurrency stakeholders are also expecting some clarifications in the forthcoming Union Budget.

"Just like any other financial markets that have matured in India owing to regulations, cryptocurrency investors have similar expectations from the government from this budget that will help this new financial market move towards certainty," said Bitex Founder and CEO, Monark Modi.

"India has seen phenomenal growth in cryptocurrency trading volumes as well as the size of the community participating in this alternate investment class. But due to lack of clarity and in the absence of regulations, banks are still hesitant in providing services to the exchanges and have been blocking transactions related to cryptocurrencies, which is impacting the investors," he added.