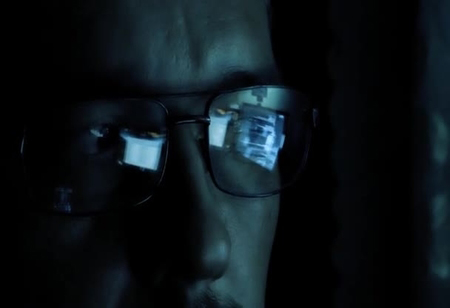 The necessity for total immersion is bound to bounce by an interchanging certainty. It imposes to enhance what we see in the actual world. Rather than transporting people to different reality, it will distribute knowledge, amusement and fresh experiences within the framework of our everyday routine. As indicated by the study conducted by Glass Almanac “12-15 percent of the American consumers would be willing to buy Google Glass, if the cost was USD 750. This survey also shows that the target group consists mainly of young men between the ages of 18 and 34.”

Vuzix Blade is a pair of augmented reality digital smart glass that drifts a display in the top right edge of the vision. The firm has joined hands with Amazon to get a blend of Alexa into the device and to make the Blade the first match of AR glasses to make use of Amazon’s voice-based smart supporter. “Vuzix Blade Smart Glasses are truly wearable smart glasses that can not only be unboxed and paired to a phone in a matter of

minutes, but also deliver immediate utility for producers and consumers,” said Paul Travers, Vuzix President and Chief Executive Officer. Vuzix glasses are designed such that the outline of the Blades are finished with wide black plastic and the arms are almost an inch wide at the front and behind where the arms are in between the ears. The battery inside the blade lasts for 8 hours according to the settings. But there are chances of draining the battery fast according to the usage.

Google has demonstrated the latest edition of its business-centred glass augmented authentic headset, which was launched as the official product of Google instead of an experiment. The organisation of glass edition costs $999, and it is not sold to the customers directly. It has a better processor, a superior camera, a faster charging USB-C port, and various other updates to satisfy the buyers.

Google adds a fresh protecting frame to the glasses in partnership with Smith Optics, adding a huge battery and several other upgraded apparatus. Glass functions on Android, with the help of Android Enterprise Mobile Device Management. The Google glasses are featured with an 8-megapixel camera, Amazon Alexa for hands-free use and instruction inserts which helps the customers wear without glasses. This was a first attempt for Google to create a smart glass at the form platform of hardware and software.

Battery life has an important role to play in the rules and regulation for the applications. Applications that improve video or photos of the atmosphere would damage Glass’s processor. Handling a both ways of data connection for an extended time will rapidly burn through battery.

Smart glasses are the arguably the future promising wearable which has a hand free facility to the internet. People believe that smart glasses can replaces smart phones in the future. This will obviously transform into a primary necessity for people to entertain and get information. Microsoft, Apple, Google and many such huge companies have already started their production of smart glasses.