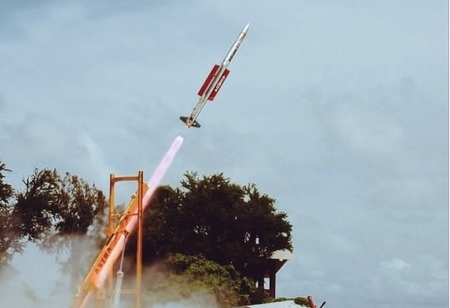 The launches were carried out from a static vertical launcher. Indigenously designed and developed by DRDO for Indian Navy, VL-SRSAM is meant for neutralizing various aerial threats at close ranges including sea-skimming targets. The current launches were carried out for demonstration of vertical launch capability as a part of its maiden launch campaign. On both occasions, the missiles intercepted the simulated targets with pinpoint accuracy. The missiles were tested for minimum and maximum range. VL-SRSAM with Weapon Control System (WCS) were deployed during the trials.

The launches were monitored by senior scientists from various DRDO labs involved in the design and development of the system such as DRDL, RCI, Hyderabad and R&D Engineers, Pune.

The present trials have proved the effectiveness of the weapon system and few more trials will be conducted shortly before deployment on Indian Naval ships. Once deployed, the VL-SRSAM system will prove to be a force multiplier for the Indian Navy.

In December, DRDO had achieved another major milestone through the maiden launch of Medium Range Surface to Air Missile (MRSAM), Army Version. The launch was successfully done from the same location. According to DRDO the program became a huge success as the missile completely destroyed a high speed unmanned aerial target which was mimicking an aircraft with a direct hit.

The latest edition of MRSAM was developed jointly by DRDO, India and IAI, Israel for use of the Indian Army. The weapon system comprises of Command post, Multi-Function Radar and Mobile Launcher system. The complete Fire Unit was also used during the launch in the deliverable configuration. Number of range instruments such as Radar, Telemetry and Electro-Optical Tracking System were deployed and captured the complete mission data, validating the weapon system performance including the destruction of the target.