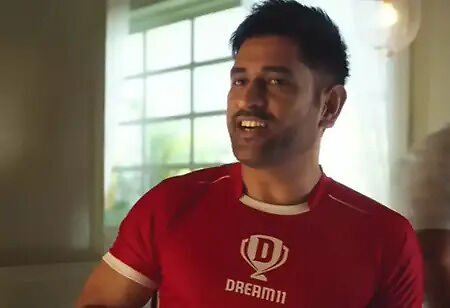 Indian fantasy sports platform, Dream 11 had put its operations on hold while battling allegations stating it had broken Karnataka's new online gaming rule which talks about 'game of chance'.

No sooner the state enforced a law that bans online betting games, a slew of amendments were sent to the Karnataka Police Act 1963, which meant a three-year imprisonment as well as a fine Rs.1 lakh.

Gaming platforms such as Mobile Premier League, Paytm First Games, Games24X7, and others, shut down their sites in Karnataka when the law went into force on October 5, while Dream11 remained open.

After receiving a complaint from Manjunatha, a cab driver, the Bengaluru Police filed a first information report (FIR) against Dream11 cofounders Harsh Jain and Bhavit Sheth, alleging that the Mumbai firm broke the law by continuing to offer gaming services on its platform a week after the state government notified the new rules.

It’s said that the police were planning to issue a notice directing the founders to come before them and reply to the charges.

"One cannot allow betting and wagering even on games of skill", he argued, despite the fact that the government has only banned games of chance, not games of talent

Dream11, on the other hand, claims that it complies with all regulations since Karnataka's new rule only applies to gambling and betting, not skill games.

The Federation of Indian Fantasy Sports (FIFS) had conveyed the view of a former Supreme Court judge on the topic, who stated that the Karnataka Police (Amendment) Act, 2021, did not apply to its member fantasy sports operators, according to the report.

Since the company notes that the FIFS model of Fantasy Sports is being maintained by India's hon'ble courts which is not constituting gambling, betting, or wagering.

“However, as a result of the current media attention, our Karnataka users have expressed grave concerns and anxiety for their safety and security. We have chosen to halt operations in Karnataka to assuage our users' fears. This ruling has no bearing on our legal rights or claims”, says the company.

Dream11 had previously stated that the complaint was ‘motivated’ and that it was looking into legal options before suspending operations in the state.

With Karnataka being one of the three states with the most people using these gaming platforms, the timing of the new regulation could not have been worse for gaming companies. As these companies were preparing massive marketing campaigns to recruit new players during the existing Indian Premier League and the impending T20 World Cup, which begins later this month.

The first case filed under the new rule, however, was described by Karnataka's Home Minister Araga Jnanendra as a ‘major triumph’ for the administration. Since the regulation was announced last week, he added, many online game operators have restricted access to their sites in Karnataka. "One cannot allow betting and wagering even on games of skill", he argued, despite the fact that the government has only banned games of chance, not games of talent.