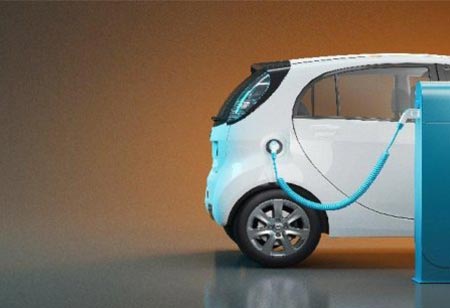 In a quest to find out the steps that require for improving the air quality and conservation of fuel, India is progressing on the adoption of Electric vehicles (EV). The number of motor vehicles that hit the road has been doubling in every 8-10 years in India, so is the Carbon dioxide emission. Steps with regard to reducing the tailpipe emissions have been only a short term relief. In the country’s goal to reduce fuel dependency for solving the issue of energy scarcity, choosing renewable and clean sources of energy are considered primary.

The Faster Adoption and Manufacturing of (Hybrid

&) Electric Vehicles (FAME 2) scheme of the Indian government has gained traction since the month of March 2019. The scheme mandates the adoption of EV to reach a 30 percent EV penetration by the year 2030. Assuming the proper infrastructure in place, automobile sector in India is welcoming the move. Not only automotive sector, but batteries as well as mobility service providers have taken up various actions to encourage the EV adoption rate. Keeping in line with the government’s ambitious goal, companies have started designing and testing products that go to Indian market. The focus has primarily landed on two-wheelers and three-wheelers, making major initiatives in different states in India. Ola, the Indian taxi company, has launched a program by the name “Mission: Electric” to introduce 100 electric rickshaws and auto rickshaws on-board to its fleet.

Being a clean alternative to the existing fuel run vehicles, it put forth major benefits other than environmental causes. It has been proven that the cost that sum up for EV ownership is lower as compared to the gasoline-powered cars. Considering the need to cater awareness amongst the people, the efforts set out by the government on bringing key decisions in transportation is understandable and necessary. For the increase in adoption of EV and its fleet across Indian roads, it arise other key localized issues of congestion, affordability, infrastructure, and transit systems availability. The charging stations and its usage, maintenance protocols, workshops, safety measures, and traffic rules, are some of the areas that resides attention. More than providing essential infrastructure, proliferation of EV highly depends on citizen’s income levels too. The requirement for local research and development is crucial to reduce the price, and thereby leverage the industrial hubs.