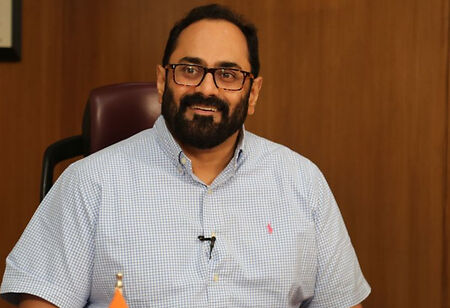 A new legal framework "intended to handle all of the existing and future issues of the digital ecosystem" will shortly replace the contentious Personal Data Protection Bill, 2021, according to the Centre. The withdrawal is considered as a reference to the ongoing opposition to the law, which was initially proposed as a ‘privacy bill’ in 2017, from national and international technology businesses, legislators, and privacy campaigners.

Meity MoS Rajeev Chandrasekhar claimed in a tweet that the JCP report had identified concerns that were important but outside the purview of current privacy laws.

An expert committee led by Justice BN Srikrishna originally drafted the Personal Data Protection Bill in 2018. A draft of the Bill was presented by the Center in the Lok Sabha in 2019; in December of that same year, it was referred to the Joint Parliamentary Committee. After six delays, the committee's findings were presented to Parliament in December 2021.

A Data Protection Authority would be responsible for handling both personal and non-personal data under the most recent iteration of the bill.

“That catalyzed a thought process within the government that we needed a much more comprehensive look at the bill,” says Chandrasekhar.

The Bill's prior mandate was restricted to personal data, and the decision to include non-personal data in its purview was met with strong opposition.

The Bill also confused matters by including social media and non-personal data in its purview while simultaneously exempting the government from the Act's reach, a decision that drew criticism from seven ministers.

The bill received criticism from privacy experts because they believed it was more in the government's interest than it was to preserve privacy, which the Supreme Court declared to be a basic right in 2017.

Pointing out that the JCP report on Personal Data Protection Bill had identified many issues that were relevant but beyond the scope of modern digital privacy law, minister of state for information technology Rajeev Chandrasekhar said, “the idea is that it will soon be replaced by a much more comprehensive framework that will address all of the contemporary and future challenges of the digital ecosystem.”

Chandrasekhar, who was also a member of the JCP, said the committee found that the PDP Bill 2021 had identified a large number of other issues that “lay outside the domain of privacy.”

“That catalyzed a thought process within the government that we needed a much more comprehensive look at the bill,” says Chandrasekhar.