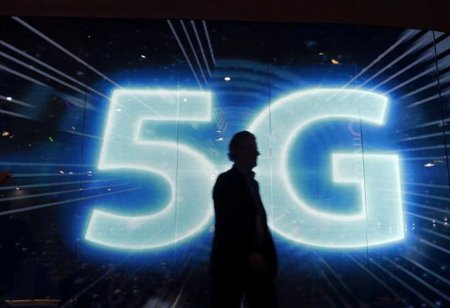 America applied more pressure on India on the contentious issue of deploying 5G technology in a recent closed door meeting between key officials of both the countries. It also suggested alternatives to data localisation.

The meeting, held in New Delhi, came within days of Prime Minister Narendra Modi’s US visit and amid trade negotiations between the two countries.

The Indian delegation comprised officials from the ministries of home, telecom and electronics & IT.

trusted sources” when deploying 5G, people familiar with the matter told ET. The implication, they said, was that Chinese telecom gear makers such as Huawei should be kept out of partnering in next generation telecom technology.

Huawei has on its part made public statements made earlier in India on security. “Huawei is part of the positive initiatives to improve India's network security and capability which goes beyond just 5G,” its India CEO Jay Chen had said.

Some Indian security specialists, including Professor V Kamakoti from IIT Madras, have said security must be “top priority” for 5G rollout. US officials have been globally raising the issue of Huawei’s approach to security for a long time after Washington banned the firm, alleging it spies for the Chinese government.

US pressure on India as the latter prepares to start its 5G rollout process comes in this context.

“We heard them out and broadly agree with the principle of securing our communication networks as well as greater cooperation in this respect, but the final decision of permitting Huawei in 5G obviously rests with the Indian government,” said a member of the Indian side.

On data localisation, the US delegation suggested “that rather than insisting on localising data, India could resort to the Cloud Act and the APEC CBPR for exchange of data with America,” another person said.

America’s Cloud Act allows its government to compel US-based technology companies to provide data regardless of whether the data is stored in the US or abroad. The APEC Cross-Border Privacy Rules (CBPR) System is a government-backed data privacy certification that companies can join to show compliance with internationally-recognised data privacy protections. Indian officials, one of the people quoted above said, “made it clear that since the data privacy legislation was in the draft stage, the data authority could look at these options once it becomes law…we also apprised them (the US delegation) that nonpersonal data was being looked at separately by a committee”.