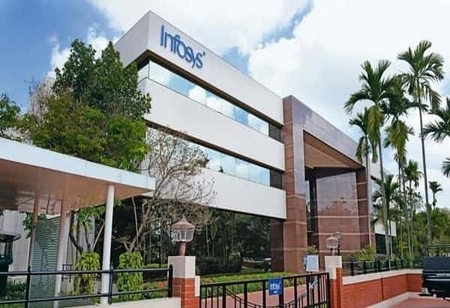 IT behemoth Infosys has commenced an internal investigation into an insider trading matter when two of its employees were prohibited by SEBI (Securities and Exchanges Board of India) from trading in public markets. The employees in question are its senior corporate counsel Pranshu Bhutra and Venkata Subramaniam, senior principal, corporate accounting group.

Prior to an interim which had been passed a day ahead, Sebi stated that the entities traded in Infosys' scrip while in possession of Unpublished Price Sensitive Information (UPSI) relevant to Infosys' financial statements for the quarter ended June 30, 2020.

An internal inquiry has been launched as a result of the order, and necessary action will be taken after the inquiry is completed, it added. In addition, Infosys claims to have a well-defined Code of Conduct that applies to all of its workers, as well as an Insider Trading Policy that governs dealings with UPSI.

The market regulator proclaimed that it had issued an order prohibiting eight entities from directly or indirectly selling or buying securities until further notice. To which an interim order issued by the regulator stated that the eight entities had traded in the company’s securities while holding on to the Unpublished Price Sensitive Information (UPSI) about the company’s financial results for the finished quarter June 30, 2020.

SEBI ruling stated, "This has not only violated the market's integrity, but has also prima facie resulted in undue benefit to them over public investors

During its investigation, SEBI discovered that Pranshu Bhutra had numerous phone interactions with an individual named Amit Bhutra. Pranshu had a financial transaction with Mahrishi Alloys Private Limited (Mahrishi), and Mahrishi had a fund
transaction with Shyama Devi Bhutra (Amit's mother) and Ram Bilas Bhutra (Pranshu's father), according to SEBI.

Further, a long-distance call between Subramaniam and Pranshu on July 02, 2020 (a few days after the UPSI was created) and July 09, 2020 (one day before Capital One began trading), prima facie leads to the conclusion that Subramaniam, who was in possession of the UPSI at the time, had prima facie communicated the UPSI to Pranshu in some form.

As a result, Subramaniam has prima facie breached Section 12A(e) of the SEBI Act, 1992, and Regulation 3(1) of the PIT Regulations, according to the SEBI decision.

“There is plenty of prima facie evidence that shows entities violated the SEBI Act and the Prohibition of Insider Trading (PIT) Regulations. The SEBI ruling stated, "This has not only violated the market's integrity, but has also prima facie resulted in undue benefit to them over public investors."

To protect investors and the securities market from additional harm, the markets regulator has urged swift action.