JD Logistics to Raise Up to $ 3.4 Billion in Hong Kong's IPO 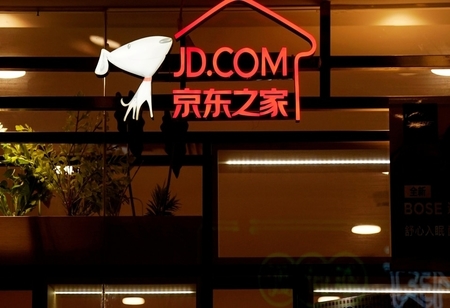 According to a statement published in the South China Morning Post, the warehousing and shipping firm is selling 609.2 million shares at HK$39.36 to HK$43.36 each.

The business will begin accepting investor orders on Monday and will begin trading in Hong Kong on May 28. According to the terms of the IPO obtained by Bloomberg News, the contract will be priced on May 21.

JD Logistics will be the city's second-largest IPO this year, following Kuaishou Technology's $6.2 billion offering in February. In the past 12 months, Hong Kong has seen two other blockbuster JD.com-related IPOs, including online health-care unit JD Health International Inc.'s $4 billion IPO in December and its own $4.6 billion IPO in June.

The first-ever share sale by JD Logistics comes as Hong Kong's stock market shrugs off worries about inflation. According to data collected by Bloomberg, the city has hosted $20.5 billion in IPOs so far this year, almost seven times the $3 billion generated in the same timeframe last year.

According to its prospectus, JD Logistics' networks include both so-called last mile and longer distance lines, as well as cold chain and bulky object networks. It was established in 2007 and became a separate unit under JD.com a decade later. By the end of 2020, it had over 900 warehouses spread across China.

According to the prospectus, the logistics firm's revenue will increase by 47 percent to 73.4 billion yuan in 2020. Last year, the company had a net loss of 4.1 billion yuan, compared to 2.2 billion yuan this year.

The proceeds from the IPO will be used to update and improve the company's distribution networks, implement new technology, and expand its customer base.