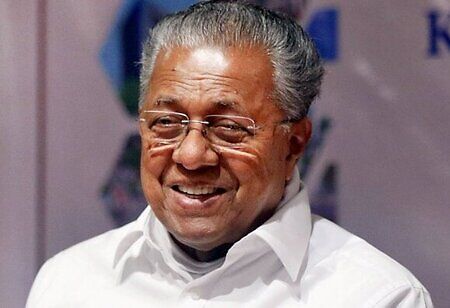 Pinarayi Vijayan, chief minister, Kerala, stated that the state government is pressing forward with measures to achieve full digital literacy with the goal of educating people, particularly youngsters, about traps and hazards in cyberspace.

Children cannot be kept out of the digital world forever, but their safety and security should be guaranteed through education, says the CM, as smartphones have become a staple of everyone's everyday lives and an important instrument for online education in the post-COVID-19 period.

The CM also asked people in charge of the social media industry to keep an eye out for such tendencies, saying it was improper for a social media user to keep a post even if the material was discovered to be flawed.

Speaking after launching a project under the Kid-Glove Cyber Security for Children awareness campaign, which is being carried out by the Kerala police, was the chief minister. Kid Glove focuses on raising awareness of and equipping people to deal with internet hazards.

He stated that youngsters are victims of such traps due to their ignorance and misconception, and there have been cases when children have lost their lives as a result. He claimed that in an effort to educate kids about the dangers of the internet, the police started the campaign.

“The need to have correct knowledge regarding cyberspace and its implementation is very essential, and the joint effort can only help in making cyberspace better for the children”, states the CM.

It is vitally important to have thorough information about all parts of the digital world since digital technology and online systems are now an inherent component of day-to-day living, according to the CM.

In the words of the CM, “The government feels that it is time to launch steps to achieve complete digital literacy just like our literacy movement. We are planning to go ahead with such steps. At present, children are the most vulnerable group in cyberspace and the ones most victimized to the online traps”.

The program is a fantastic start in the right direction, according to Rajni Sekhri Sibal, CEO of BBA and the honorary guest of honor at the inauguration ceremony. Sibal claimed that Kerala may serve as a role model for other states due to the substantial progress it has made in guaranteeing cyber safety.

“However, children should be careful and vigilant while using the internet and should come forward and report such incidents actively. Parents, teachers, and police are always there to help children who face any form of online abuse,” Sibal added.

“The need to have correct knowledge regarding cyberspace and its implementation is very essential, and the joint effort can only help in making cyberspace better for the children”, states the CM.