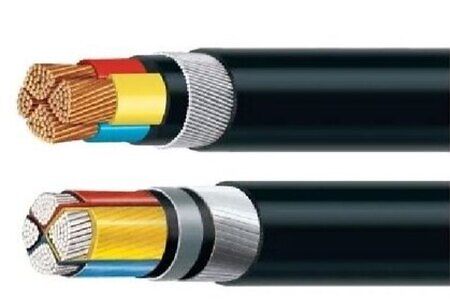 Fiber-optic cable carries over 95 percent of the world’s international internet traffic and links up all data centres, those vast server warehouses with computing transforming 1s and 0s into users’ experience of the internet. Besides, fiber-optic connections link up countries across oceans consisting of almost entirely of cables running underwater for about 1.3 million kilometres or over 800,000 miles of bundled glass threads that make up the actual physical international internet. Until last few years, majority of undersea fiber-optic cable were controlled and used by telecommunication companies and governments.

Less than a decade, four tech giants namely Microsoft, Google’s parent Alphabet Inc, Meta(Facebook before) and Amazon Inc, have become, by far, the dominant users of undersea-cable capacity. Before 2012, the shares of the world’s undersea fiber-optic capacity being used by those companies were less than 10 percent. Today, the figure is about 66 percent.

The four tech giants are not only getting submarine cables by themselves, but are on track to become primary financiers for the next three years. While the same, they have the potential to become owners of the web regarding undersea internet cables connecting the richest and most bandwidth-hungry countries on the shores of both the Atlantic and the Pacific, according to TeleGeography.

In 2010, the companies had an ownership stake in only one such cable called the Unity cable, partly owned by Google, connecting Japan and the US. However, by 2024 it is expected that the four tech giants would have an ownership stake in more than 30 long distance undersea cables each up up to thousand miles long connecting every continent on the globe.

On the other hand, traditional telecom companies have responded with suspicion and even hostility towards tech companies’ increasingly rapacious demand for the world’s bandwidth. Industry analysts have raised concerns about whether industries want the world’s most powerful providers of internet services and marketplaces to also own the infrastructure hence they can deliver the products. This concern is understandable. Imagine if Amazon owned the roads it delivers packages.

Tech Companies Driving the Cable Laying Industry
The involvement of the companies in the cable-laying industry have also driven down the cost of transmitting data across oceans for everyone including their competitors, and helped the world increase capacity to transmit data internationally by 41 percent in 2020 alone, according to TeleGeography’s annual report on submarine cable infrastructure.

Undersea cables can cost hundreds of millions of dollars each. Installing and maintaining them requires a small fleet of ships, from surveying vessels to specialized cable-laying ships that deploy all manner of rugged undersea technology to bury cables beneath the seabed. At times they must lay the relatively fragile cable at some points as thin as a garden hose at depths of up to four miles.

“All of this must be done while maintaining the right amount of tension in the cables, and avoiding hazards as varied as undersea mountains, oil-and-gas pipelines, high-voltage transmission lines for offshore wind farms, and even shipwrecks and unexploded bombs,” says Howard Kidorf, a managing partner at Pioneer Consulting, which helps companies engineer and build undersea fiber optic cable systems.

In the past, trans-oceanic cable-laying often required the resources of governments and their national telecom companies. That’s all but pocket change to today’s tech titans. Combined, Microsoft, Alphabet, Meta and Amazon poured more than $ 90 billion into capital expenditures in 2020.

Tech Companies Building Own Fibre Optic Cables
The four tech companies say that they are laying cables to increase bandwidth across the most developed parts of the world and to bring better connectivity to under-served regions like Africa and Southeast Asia.

“That’s not the whole story. Their entry into the undersea fiber-laying business was inspired by the growing cost of buying capacity on cables owned by others, but is now driven by their own insatiable demand for ever more terabytes of bandwidth. This has made profits razor-thin for traditional players in the cable-laying industry, like NEC, ASN and SubCom,” says Timothy Stronge, vice president of research, TeleGeography.

Tech companies are saving money and time by building own cables. Meaning, tech companies don’t need to operate their cables at a profit for the investment to make a financial sense.

Besides, most of these Big Tech-funded cables are collaborating among rivals. The Marea cable, for example, stretches approximately 4,100 miles between Virginia Beach in the U.S. and Bilbao, Spain, completed in 2017 and is partially owned by Microsoft, Meta and Telxius, a subsidiary of Telefónica, the Spanish telecom. In 2019, Telxius announced that Amazon had signed an agreement with the company to use one of the eight pairs of fiber optic strands in that cable. In theory, that represents one eighth of its 200 terabits-per-second capacity enough to stream millions of HD movies simultaneously.

“Meta works with global and local partners on all of its submarine cables, as well as with other big tech companies such as Microsoft,” says Kevin Salvadori, vice president of network infrastructure. Sharing bandwidth among competitors helps ensure that each company has capacity on more cables, redundancy that is essential for keeping the world’s internet humming when a cable is severed or damaged. That happens around 200 times a year, according to the International Cable Protection Committee, a non-profit group.

“Sharing cables with ostensible competitors as Microsoft does with its Marea cable is key to making sure its cloud services are available almost all of the time, something Microsoft and other cloud providers explicitly promise in their agreements with customers,” says Frank Rey, senior director of Azure network infrastructure, Microsoft.

The ability of the four tech companies to precipitously integrate all the way down to the level of the physical infrastructure of the internet to reduce the cost for delivering everything from Google Search and Facebook’s social networking services to Amazon and Microsoft’s cloud services. It also widens the channel between themselves and any potential competitors.