Manu Sharma to Lead India Operations of Carl Pei's 'Nothing' 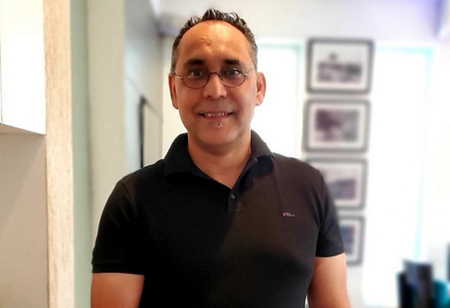 ‘Nothing’, a tech company by Carl Pei, CEO and Co-founder of One Plus, employs Manu Sharma as Vice President and General Manager of its unit in India.

Sharma is an experienced business leader, and will take responsibility of supervising the regional product strategy, marketing and sales operations for the brand, while setting up the office in India. Manu possesses in-depth understanding and knowledge of India’s consumer technology industry with a proven track record, will play a pivotal role Nothing’s growth in India, proclaims Pei.

Manu comments, “I believe that the impact of Nothing on the consumer technology market in India and worldwide will be meaningful and that Carl’s vision is inspiring.”

Till December 2020, Sharma spent a significant number his professional years at Samsung, playing the role as Vice President and was the head of product strategy. Also, he carried out multiple roles at the South Korea tech giant close to around a stretch of ten years.

Sharma spent a significant number his professional years at Samsung, playing the role as Vice President and was the head of product strategy

Nothing, a London based consumer technology company, is a startup that proclaims to paint a digital future by eliminating barriers between people and technology.

Prior to this month, Nothing scored $15 million in a Series A funding round led by Google Ventures (GV) in which after a thorough examination of the finances, the company had raised over $22 million.

Pei further added, “We strive for a vigorous company growth mainly in our R&D hand design capabilities to see forth our mission in eradicating barriers between people and technology and feel obliged to have a venture capital firm of this caliber to help build Nothing together with us.”