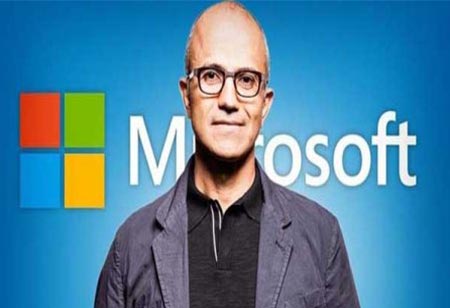 Bengaluru, India – 04 February, 2020: Satya Nadella, the chief executive officer of Microsoft warns few countries that failing to attract immigrants will result in a defeat as the universal tech market remains to develop.

“Every country is rethinking what is in their national interest,” Nadella said in an interview with Bloomberg News Editor-in-Chief John Micklethwait on Tuesday at Davos. Governments need to “maintain that modicum of enlightenment and not think about it very narrowly.”

Earlier, Nadella had shown his concern about India’s Citizenship Amendment Act, which prohibits undocumented Muslim migrants from the nearby

countries in getting citizenship in India by permitting immigrants from other different religions.

Satya Nadella is a business executive and the current chief executive officer of Microsoft. Before his role of as a CEO in Microsoft, he served as the executive vice president of the same company’s cloud and enterprise group. He was responsible for building and taking forward the organisation’s computing platforms. Nadella was born in Hyderabad. He attained electrical engineering from Manipal Institute of Technology. He later completed his masters in M.S in Computer Science from the University of Wisconsin Milwaukee. He also pursued an MBA from the University Of Chicago Booth School Of Business.

Microsoft with Amazon and other Information Technology companies have been criticized for providing software and cloud services to huge oil and gas organisations like Chevron Corp. and BP Plc BlackRock Inc.

Activists have been compelling the organisation to stop functioning with the biggest enterprises of greenhouse gases. BlackRock has announced that they will cut exposure to thermal coal as the universe’s biggest asset executive moves to direct climate change.