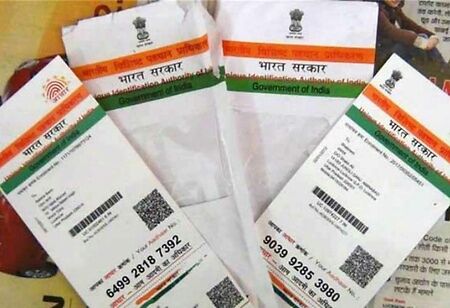 According to reports, new born infants will soon receive a temporary Aadhaar number that to be renewed with biometric data on attainment of majority.

As the Unique Identification Authority of India (UIDAI) prepares to launch two ambitious pilot programs aimed at plugging misuse and deepening its reach countrywide. It will also integrate its data with death registration records to prevent misappropriation of government benefits by using Aadhaar numbers of deceased citizens.

The world’s largest biometric identity database, which has enrolled nearly all of India’s adult population since its launch in 2010, is now looking to expand the ambit of Aadhaar to cover a person’s entire lifecycle from birth to death.

Reports suggest that, the allocation of a UIDAI number at birth will ensure that children and families benefit from government programs and no one is left out of the social security net.

While the integration of Aadhaar numbers with the country’s death registration databases as well as with that of public and private hospitals is aimed at stemming the leak of direct benefit transfers.

According to reports, biometrics for kids are taken when they are at least five years old. Our teams can visit these new-borns’ families after that period and complete the formalities of registering their biometric, and allocating them a permanent Aadhaar number.

Besides, once the child turns 18, biometrics are re-registered as these parameters stabilise by then and remain the same for an (individual’s) remaining natural life, it will also ensure that multiple IDs are not generated for the same child.

From the day of launch, Aadhaar numbers have been provided to most Indian adults with coverage in the 5-18 year age group estimated at 93 percent but only a quarter of the country’s infants below five years are registered with the identity database.