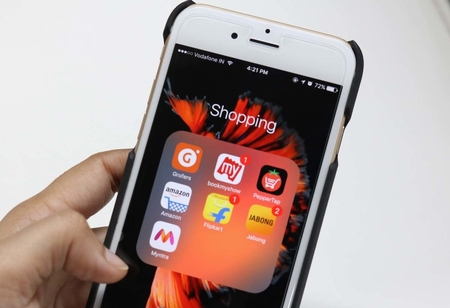 Senior industry sources told Reuters that new Indian e-commerce rules will raise expenses for all online retailers, especially for Amazon and Walmart's Flipkart, as they may have to restructure their businesses.

The new rules are anticipated to have a massive effect in an e-commerce business that India expects to be worth $200 billion by 2026, with firms ranging from Tata's BigBasket to Reliance Industries' JioMart and Softbank-backed Snapdeal to market giants Amazon and Flipkart.

The rules are the latest in a simmering feud between US digital behemoths and New Delhi over a slew of policy concerns that some perceive as protectionist.

Companies have until July 6th to respond to the proposals, following which they will be further evaluated or adopted.

Snapdeal stated that it was looking into the rules. BigBasket withdrew from commenting. A request for comment from Reliance was not returned.

If a retailer is presenting imported items for sale, one feature of the proposed new guidelines that is expected to have a big influence is one that gives the customer "suggestions of alternatives to ensure a fair opportunity for domestic goods”.

"The idea is to promote locally produced goods. It's great for Made-in-India items, but not so much for platforms”, said Salman Waris, Partner, TechLegis Advocates.

“The rules will have a broader influence on all forms of e-commerce, raising business expenses. Even small businesses are studying the proposal and will voice their concerns to the government, according to Arjun Sinha, Partner, AP & Partners.

Noncompliance with the laws, if adopted, may result in consequences and fines of at least 25,000 Indian rupees under India's consumer legislation, according to Waris.

However, the rules could be a bigger setback for Flipkart and Amazon as they include clauses stating that e-commerce companies must ensure that none of their related businesses are listed as sellers on their shopping websites and that no affiliate entity should sell goods to an online seller using its platform.

Amazon and Flipkart are accused by Indian retailers of using their wholesale divisions to list products on their websites indirectly through chosen vendors, circumventing foreign investment laws that ban direct sales. But neither company admits to any misconduct.

According to two industry sources, Amazon and Flipkart are likely to oppose the suggestions. Some in the sector saw the restrictions as a government alternative to a more stringent version of the country's foreign investment law, which limits the kind of business relationships Flipkart and Amazon may have with merchants, according to the individuals.

One e-commerce executive stated, "the Consumer Affairs ministry has nothing to do with issues presented under these guidelines".

In a statement, Amazon said that online markets encourage competition and openness, but that it was still examining the draught policy and that it was too early to comment.

“The rules will have a broader influence on all forms of e-commerce, raising business expenses. Even small businesses are studying the proposal and will voice their concerns to the government, according to Arjun Sinha, Partner, AP & Partners.