Old Laptops and Smartphones Get Chance at Life with MSMEs, Startups 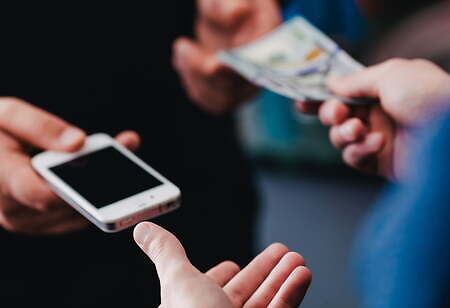 Old laptops and smartphones, that voluntarily or involuntarily took a retirement, are getting back to work and the credits to MSMEs (Micro, Small and Medium Enterprises) and startups who employ them for their business operations from suppliers of second-hand device vendors.

This kind of sale is observed by a Delhi-based supplier, Cashify, who noted that laptops grew five-fold, while smartphones had a more than double growth in 2021. It widely appears to be a fact that smaller companies with 30-40 employees are the reason behind these sales.

“In laptops, 65-70 percent of the demand came from the business side”, says Mandeep Manocha, co-founder and chief executive officer of Cashify.

“In the past, all these companies used to buy new smartphones or use device farms of Amazon Web Services (AWS) or other such services. Now they get a refurbished device at 30-40 percent discount; a very significant portion of our SMB demand is actually coming for smartphones, especially on the testing side”, adds Manocha.

“We are now putting resources behind increasing our laptop refurb capability, and moving to a larger refurb centre in the next four to five months”, says Manocha

According to HyperXchange, a Kolkata-based company, India's whole refurbished electronics market is increasing at an annual rate of 80 percent. Small businesses and startups are showing an increased interest in reconditioned laptops and cellphones, which will help this market develop even more. Individual purchasers are still the key clients for HyperXchange. However, demand from both the business and consumer groups has grown “at an unprecedented rate”, according to the corporation.

The company’s co-founder and CEO, Dipanjan Purkayastha, implies that an increasing number of SMEs and startups have begun to use reconditioned items, particularly under leasing and rental programmes. He went on to say that about 31 percent of his customers are interested in buying or renting refurbished laptops, while 68 percent desire desktop PCs. However, 88 percent of the customer sector was interested in purchasing a mobile phone.

Purkayastha, on the other hand, confessed that his company is predominantly a consumer-facing brand, with corporate revenue accounting for less than five percent of total sales. “Older companies in the refurbished space are more likely to have tie-ups with bigger companies and have the distribution networks for B2B deals, compared with a newer company. We are seeing more commercial buyers looking for refurbished devices. The refurbished market has good supply as many more people trade in old devices now”.

Demand varies from company to firm, according to Glen Cardoza, senior research analyst at Counterpoint Research.

Experts also noted that demand for refurbished devices is no longer limited to metropolitan areas, indicating a shift in attitudes toward the use of reconditioned devices for work. Bhopal, Mangalore, and Indore have all seen a surge in demand for Manocha. Before any devices are sold, his company assures that all data on them is entirely destroyed using approved erasure techniques.

“We are now putting resources behind increasing our laptop refurb capability, and moving to a larger refurb centre in the next four to five months”, says Manocha.

To address the rising demand for PCs in India, reconditioned companies such as Cashify aim to increase their laptop purchase operations.