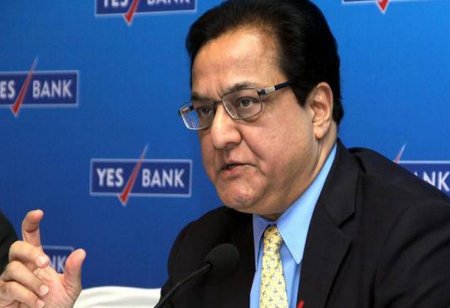 The two aggressive sets of organisers, who jointly own around 20 per cent of the bank, reached an agreement to assign one non independent director both on the board.

Kapoor is recognised with building the bank by

skilfully positioning parts of money in sponsorship and advertisement which functions the bank healthily in receiving marquee investors to purchase into the bank along with contemporary banking exercise.

Kapoor is an Indian banker, co-founder, managing director and CEO of Yes Bank, a complete private sector bank headquartered in Mumbai. He attained his bachelor’s degree in economics from Shri Ram College of Commerce. He completed his masters in MBA from Rutgers University in New Jersey U S. Kapoor acknowledged a token of fellowship from All India Management Association and a doctorate from G B Pant University of Agriculture and Technology. His career started in the year 1980, joined as a management trainee in Bank of America. He worked there for sixteen years. He received an award of chief executive officer’s award with his performance by the chairman. In 2005, he was called Ernst & Young’s Start-up Entrepreneur of the year.

RBI has not reported any official explanations for shortening his term, it has been recognized to the governing audit by discovery that the bank under putting forward NPAs by a cumulative Rs. 10,000 crore for two successive years.

RBI has decided to appoint Ravneet Singh Gill as the new managing director and CEO of Yes Bank after his resignation from Deutsche Bank India as CEO. He has served Deutsche Bank since 1991 and has an experience of more than three decades in banking industry. He worked in the private wealth management wing of German Bank in the years 1991 and moved to the private sector bank in 1993. He supervised the corporate markets and treasury solutions before being in the position as the country chief executive in 2012.