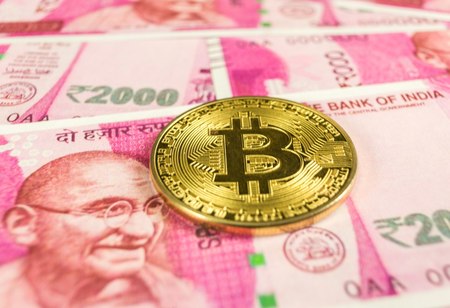 Bengaluru, India – 5 March, 2020: The Supreme Court of India lifted the central bank’s two-year old ban on cryptocurrency transactions in the country, which many termed as a historic verdict. In April 2018, the Reserve Bank of India had imposed a ban on the exchange and trade of cryptocurrency, justifying the move as an effort to curb ring-fencing of the country’s financial system.

The three-judge bench observed that RBI’s ban was disproportionate. The apex court’s order was following the plea filed by the Internet and Mobile Association of India. The industry body had claimed that the RBI’s move to ban cryptocurrency trade axed legitimate business activity over virtual currencies. IAMAI had argued that central bank has

no power to impose a ban in the absence of a law.

RBI challenged saying that it had been cautioning users of cryptocurrencies since 2013, and argued that cryptocurrency trade has to be restricted at the early stage so that payment system in the country will not be in jeopardy.

“There is still a fear whether the government may impose a law that could be unfavorable. However, the present verdict is a sigh of relief as exchanges can go back to crypto-to-fiat trade which has been in halt,” said Anirudh Rastogi, Founder, Ikigai Law.

The cryptocurrency industry is still in a roadblock as a government panel, which has been appointed to look into the matter, recommended for a ban to all private cryptocurrencies. In a surprising move, the panel also put forth a recommendation for jail term of up to 10 years along with heavy fines for people dealing with digital currencies. However, the government has not yet made any remarks or act on these recommendations, but has cautioned the public about the risks of cryptocurrencies.

Governments around the world have been discussing about ways to regulate the transaction of cryptocurrencies and some has also implemented them to its own sectors. Till now, no major economies in the world have plunged into a step that put a blanket ban on exchanging and trading cryptocurrencies. Bank of International Settlements (BIS) has said in a report that several central banks around the world are considering to roll out own digital currencies in the upcoming years. In the case of India, all eyes will be on RBI to see whether the regulatory body issues new sanctions surrounding digital currencies which also aids growth in the financial ecosystem.