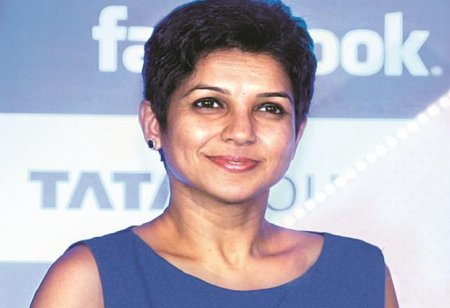 Bengaluru, India – 07 February, 2020: WeWork, an office sharing start up declares the appointment of Kirthiga Reddy in the board. She was a partner at SoftBank Investment Advisers from 2018. This announcement was soon after Sandeep Mathrani taking in charge as the Chief Executive Officer at WeWork.

Before, Kirthiga Reddy was the managing director of Facebook’s operations in India and South Asia. She was also the in charge of investments in healthcare at SoftBank Investment Advisers.

"In partnership with the SoftBank Vision Fund, we sought a director who adds strategic value to our

Kirthiga is an Indian business woman and partner of SoftBank Investment Advisers. She is the first female partner of SoftBank to invest and also the former MD of Facebook India. In the year 2011 she became Fortune India’s Top 50 Most Power Women and she was also placed among 25 most influence women in the country. She completed her graduation in computer science and engineering from MGM’s College of Engineering. She also completed her masters in business administration from Stanford University and an M.S in computer engineering from Syracuse University. She has worked with many established companies like Motorola, Silicon Graphics etc.

WeWork is a real estate company which provides collective space of work for technology start up and services for other enterprises. The company was established in 2010 and is headquartered in New York City. The company constructs and constitutes physical and essential shared spaces and office services for organisations. In the year 2016, WeWork was elected by Fortune magazine as one of its three unicorns. During this time, the organisation had an assessment of $10 billion.

During 2019, WeWork resolved to modify the official name of WeWork to We Company and according to the 2019 Form S-1 filing, the company paid 5.9 million to license and modify the name from the body called We Holdings which is owned by Adam Neumann and supplementary WeWork founders. In early 2019, Neumann returned the amount 5.9 million to the We Company for the use of the brand and the organisation will maintain all of the brand name rights for the "We" family trademarks.