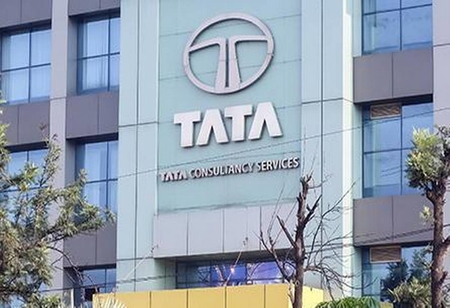 The company disclosed in a regulatory filing that the acquisition of GE's stake in Tata Consultancy Services Saudi Arabia was completed on May 26, 2021.

Also, the company estimated that the acquisition would take around three to six months to complete.

Earlier this year, the company announced that it will acquire GE's interest in Tata Consultancy Services Saudi Arabia for USD 12,471 million (about Rs.9.13 lakh).

During the time, it had also stated that once the required governance and business improvements have been implemented, it will assume full responsibility for the center.

This, it claimed, would ensure the center's long-term stability and allow it to continue to serve as a source of opportunity and skill development for women throughout the country.

"Given GE's planned withdrawal from this partnership, the partners have entered into a definitive agreement for the transfer of GE's stake in the venture to TCS, subject to closing conditions”, the company noted.

TCS now possesses 100 percent of the company following the acquisition.

"Given GE's planned withdrawal from this partnership, the partners have entered into a definitive agreement for the transfer of GE's stake in the venture to TCS, subject to closing conditions”, the company noted.

According to a senior executive at the corporation, the pandemic has driven businesses across Europe to adopt new technologies more quickly in various aspects of their operations.

Europe is TCS's fastest-growing area, accounting for roughly a third of its yearly revenue of $22.17 billion. TCS expanded in only one geography in the preceding full year: continental Europe.

"The pandemic has demonstrated that you can cooperate remotely and certain technologies where acceptance was delayed, like as collaboration tools or cloud, the openness has risen and therefore there is an acceleration", noted Sapthagiri Chapalapalli, head of TCS, Europe.

According to Chapalapalli, TCS is soon expected to operate in emerging technologies such as 5G, which might be used in industries such as manufacturing and automotive.

Likewise, it has built a co-innovation and advanced research center in Amsterdam to help clients adapt newer technology, with plans to upgrade to 5G in the coming months.

TCS Pace Port Amsterdam was established for the same reason, which is to aid customers in their growth and transformation journeys, as well as to serve as a center for TCS employees to work with European customers.