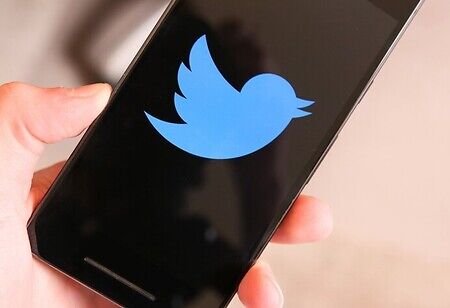 The Ministry of Electronics and Information Technology (MeitY) issued several notices to Twitter under Section 69A over the last six to eight months, but received inadequate to no response from the microblogging giant for at least five cases.

Meity referred to one case belonging to communal violence that Twitter removed the content after 72 hours of issuing the notice.

Under IT Act, the action was taken only after several efforts from seeking compliance with no results. It indicates that any intermediary is free to do business in India and have their won content policy, but are required to stand by the boundaries of legal framework.

It’s unknown about the notices that Twitter did not respond or how many were sent by the ministry under Section 69A..

According to reports, the last notice was sent on June 27, which meant granting Twitter India one last opportunity to comply with the country’s IT rules by July 4th this year or risk losing its immunity as an intermediary.

In the minister’s words, “There’s no question of you saying, as a platform, that this does not align with my own guidelines and rules. That is completely clear. There is no dispute that you have to act on it”.

It’s noted that the ministry issued notices after several times Twitter failed to remove content under Section 69A, including non-compliance notices for the same.

This week, it was reported that, Rajeev Chandrashekar, Minister of State for IT, announced all social media intermediaries operational in India will have to comply with the rules regardless of their size during an open house consultation on the proposed changes to IT rules.

Besides, this is not the first time that a US-based microblogging platform was warned by the Indian IT ministry regarding its intermediary at stake over non-compliance to regulations under the IT Act.

In fact, last year Twitter, along with few other US-based social media and tech giants, were in denial of accepting the country’s new Intermediary Guidelines and Digital Media Ethics Code.

Here, the ministry asked Twitter to appoint a resident grievance officer, resident chief compliance officer, and a nodal contact person to avoid losing protection under the Section 79 of the IT Act.

Moreover, the ministry pointed out instances of violation of the Intermediary Guidelines and Digital Media Ethics Code has also been noticed by other significant social media intermediaries.

Regarding the same, the ministry implied that it will be seeking response from other platforms as well.

In the minister’s words, “There’s no question of you saying, as a platform, that this does not align with my own guidelines and rules. That is completely clear. There is no dispute that you have to act on it”.

The government’s perspective, Chandrasekhar said, was to ensure that the internet remained open and safe for users, and that there was adequate accountability from intermediaries which provided services to digital citizens.