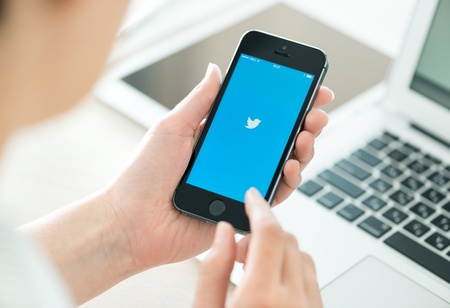 Currently almost every print and digital media feed has at least one news that talks about Twitter not accepting India's new Information Technology rules or the Intermediary Guidelines and Digital Media Ethics Code.

These rules require social media platforms to follow certain guidelines to function smoothly in the country. Some social media giants like WhatsApp and Facebook have appointed Indian-origin grievance officers, while Twitter requested the government for extra time to comply with the new IT rules which came into effect on May 25.

Nonetheless the government granted grace time for Twitter, but the microblogging giant stretched it further like a typical student postponing his or her time to complete an assignment. It has been giving reasons where its latest one being the setting up of a new local office in India.

For the same, it replied to the government quoting "with the support of advisors in India, we are making headway on building an appropriate local office for Twitter Inc. We have been told that we need to set up this office first before recruiting the CCO and other officials on a permanent basis”.

Since Twitter’s delay has utterly displeased the government, the microblogging giant could be exposed to the criteria of the laws leading to the loss of its intermediary status and would be accountable for consequences of any content that comes off as offensive.

Political Issue that Instigated Twitter and the Indian Government's Feud
India’s announcement of new IT rules in February this year, had major social media giants not quite in agreement of the rules, where Twitter’s delay in compliance with the rules has been making headlines since. On May 28, a lawsuit filed at the Delhi High Court against Twitter stated that the microblogging giant must comply with its statutory and executive duties as a ‘major’ social media facilitator.

According to the new guidelines, ‘significant' social media intermediaries must hire local officers, remove posts at the government's request, and improve their usage of artificial intelligence (AI) when it comes to detecting harmful content. Not everyone agrees on what this means and how to go about putting it into practice, especially since the government has retaliated against criticism of its handling of the COVID-19 situation.

Till date, Twitter has not complied with the IT Act's Intermediary Guideline Rules, which have statutory effect as they were enacted in the exercise of authorities under Section 87 of the IT Act

To top it off, Twitter and the Indian government were already frenemies even before the news rules’ arrival on May 26.

Earlier, ruling party leaders claimed that the opposition was plotting to undermine Prime Minister Narendra Modi's handling of the COVID-19 outbreak. They also released the supposed 'COVID-19 Toolkit' document on Twitter, along with accusations of the Modi administration. After a written complaint was handed in by Congress, Twitter then labelled these tweets as ‘manipulated media’.

This then led to an unexpected turn of events when cops began visiting its offices in Delhi and Gurgaon, questioning its alleged vague replies, and had asked them to find the right person to serve with notice.

Twitter's Concerned for the Safety of its Employees
It immediately issued a statement saying it will ‘try’ and comply with India’s new IT rules, at the same time it’s in thoughts regarding the safety of its employees.

Twitter condemned the authorities for adopting ‘intimidation tactics’ and stated that it would fight elements of the new IT rules that restrict online freedom of expression. The firm requested a three-month extension to comply with the new standards.

The Indian government went on the offensive after international media and civil liberties advocates backed Twitter's assertions. The Ministry of Electronics and Information Technology (MeitY) wrote to Twitter on May 28 to ask the social media network to "stop beating about the bush. Twitter has stated that it is dedicated to the Indian people. “Ironically, Twitter's devotion has been most obvious in recent times,” the letter stated.

Twitter then sent an email on June 2 appointing Dharmendra Chatur, a lawyer, as an interim Nodal Contact Person and Resident Grievance Officer. The problem was that Dharmendra Chatur was not a Twitter employee, as required by the IT requirements.

On June 5, the government sent Twitter a statement in which it stated that the firm will be given one final warning to comply with the IT standards as a goodwill gesture. On June 6, Twitter responded that as a temporary solution, they had appointed a Nodal Contact Person and a Resident Grievance Officer on a contractual basis.

Twitter Loses Legal Protection
Regarding the Chief Compliance Officer (CCO), Twitter informed the government that an appointment for the position would be finalized within a week, and that more information would be supplied as soon as possible. Twitter announced on June 13 that they have created a job description for a CCO, NCP, and RGO, and that they will try to fill these positions as soon as possible.

Till date, Twitter has not complied with the IT Act's Intermediary Guideline Rules, which have statutory effect as they were enacted in the exercise of authorities under Section 87 of the IT Act.

As Twitter has retained a top compliance officer, who is yet to be named soon, government sources have stated that until the name is revealed, Twitter would be subject to the terms of the law and will not enjoy legal protection.