VerSe Innovation Ventures into the Middle East with Dailyhunt 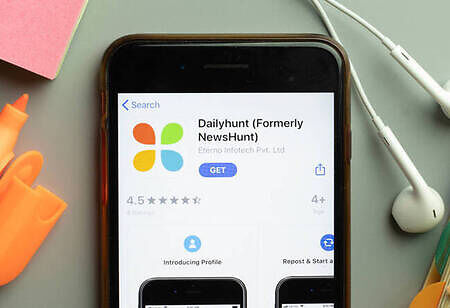 Known for its news aggregator apps, Dailyhunt and TikTok clone Josh, VerSe Innovation is travelling to the Middle East by launching Dailyhunt.

VerSe Innovation has rolled out Dailyhunt in the UAE, Saudi Arabia, Bahrain, Oman, Qatar and Kuwait with Dubai as its headquarters.

In catering to the UAE market, Dailyhunt has launched its business with over 5000 business partners.

With Dailyhunt launched in the GCC (Gulf Co-Operation Coucil) countries, VerSe hopes to address unmet and unsolved content needs of linguistically diverse audiences who demonstrate similar behaviour to local language audiences in India than anywhere in the world.

In this strategic growth plan, VerSe plans to expand Dailyhunt in MENA countries such as Iraq, Iran, Israel, Egypt and support languages Hebrew, Farsi and Arabic.

It is observed that the digital advertising market opportunity weighs about $ 4.5 billion, growing about 25 percent year-on-year, with no large incumbent and is as big as India’s. VerSe expects its revenue to be generated from the region in two years.

VerSe says that its investment expansion will be minimal as it claims to use the same technology stack as the one in India and will keep iots customer acquisition cost at a minimal as well.

Since VerSe believes that spending money on the audience acquisition, to hardly close to the quantum of what it used to build Dailyhunt in India. Instead it plans to do the same in a multitude of mechanisms, driving word-of-mouth, WhatsApp shares. The company says that audience is the only real cost coming in and being able to monetize it from advertising.

Hence, this also serves the reason for its lack of an engineering leader to lead the market. It plans have its sales and business department to think about monetization, considering most of the cost being captured in the Dailyhunt core.

VerSe’s expansion in the Middle East comes after its $ 805 million funding round in April this year, landing a valuation of $ 5 million.