Google's GNI for Journalism: How it Started and How it's Going 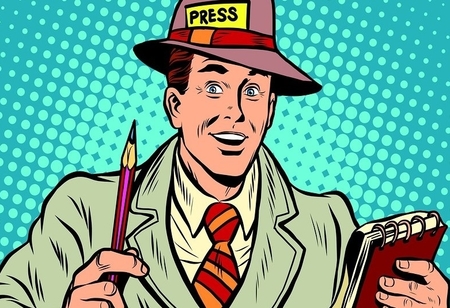 Sometimes shopping online can go disappointingly wrong, when the delivered dress does not seem anything like how it appeared on the photos. But what’s more confusing to the point of losing trust is when an entire incident is misinterpreted. To make it worse, that fake news is then spread causing confusion and overall, the faith in journalism among people begins to falter. As a result, people are losing their only source of voice when it comes to standing up against the government of that state or country. Since journalists have been acting as the people’s voice for ages. Now that the coronavirus has invaded the world, several fake news surged up, and along the way cybercrime also shot up.

To fight the spread of misinformation and disinformation, Google along with traditional news organizations cooked up an initiative called Google News Initiative (GNI). This initiative helps publishers earn revenue as well as combat fake news. On another note, the tech giant introduced Google News Showcase under GNI. This initiative talks about training 50,000 journalists in digital skills while training 800 small and mid-sized to grow their digital ad-revenue. The tech giant is brewing immense effort to curb the spread of fake news and nudge media organizations in their revenue generation.

Google Builds Stronger Journalism with GNI
The New York Times, Washington Post, Financial Times, HEARST, South China Morning Post, and many other major news organizations, as well as numerous advertising partners, are among the initiative's members. The initiative was proclaimed to pool in money of about $300 million in promoting the partner channels as well-known authoritative news sources. Simultaneously, the tech giant asserts that sites deemed undesirable, or producers of fake news would have their visibility decreased, but not completely deleted from Google search results.

The initiative's goal is to strengthen journalism around the world. Anything that helps to support reliable journalism is a welcome sight these days, when accusations of fake news abound, and the prevalence of misinformation and deception grows. Unlike academic research, which is frequently supported by government funds, news organizations rely on subscriptions and advertising to stay afloat.

The idea of supporting news organizations, particularly for local news, has significant implications for librarians and scholars who rely on news sources for reliable information. A European subscriptions lab, funds to promote artificial intelligence (AI) in journalism, and a worldwide approach to fact checking are among its most recent efforts. Additionally, the tech giant also dropped a tool for news organizations to set up secure access to the internet for their journalist called Outline. Similar to Outline, the tech giant introduced another initiative under GNI for India and that is, Startups Lab Initiative for budding news entrepreneurs across India.

A Startups Lab Initiative for the Budding News Entrepreneurs
This initiative requires news entrepreneurs to sit down for the session for just four months. coaching, skills training, and other support to help independent local or single-subject journalism organizations discover a route to financial and operational viability are on the menu of this program.

Although the initiative is said to set forth starting October 18, 2021, the tech giant has already commenced accepting applications with 10 ten independent digital news producers hooked for the first cohort in India. As for the idea and creation behind this program, the tech giant banked on the support of Echos, a global innovation lab, and the DIGIPUB News India Foundation. Both entities are working in tandem to push forward high-quality reporting for the economically backward communities in India. On that account, the tech giant expanded its licensing program to support news organizations and users in India in its other previously launched initiative called the Google News Showcase.

This program, in the words of Sanjay Gupta, Vice President, Google India, “to engage with readers and make data-driven decisions to strengthen their business and reporting efforts, the Indian news industry and journalists are embracing technology. Working with journalists, news outlets, and news associations, we feel it is critical that digital platforms contribute to a healthy, independent, and diversified news ecosystem”.

Training Journalists to be Digitally Sound with Google News Showcase
There are several initiatives under GNI and one among those is the Google News Showcase, a program that shapes 50,000 journalists in digital skills including the training of 800 small and mid-sized news organizations to grow their digital ad revenue.

This program may not be a new one, as it was launched late last year, but it has been reigning its sources over many countries. Currently, it plans to display material from Indian publisher partners in English and Hindi.

Google's GNI Digital Growth Program will provide new business training courses in audience growth and product innovation to assist news organizations in meeting the demands of their audiences, increasing reading and deepening reader engagement. Along with the existing courses for news organizations, these workshops will be provided to Indian publishers for free.

To take it even further, the tech giant plans to pool some funds for product training sessions and implementation support to help over 800 small and mid-sized Indian news organizations grow their digital ad revenue, and will launch The GNI Transformation Lab, a more comprehensive program for 20 local small and mid-sized Indian news organizations to help them transform every aspect of their business to success.

This program, in the words of Sanjay Gupta, Vice President, Google India, “to engage with readers and make data-driven decisions to strengthen their business and reporting efforts, the Indian news industry and journalists are embracing technology. Working with journalists, news outlets, and news associations, we feel it is critical that digital platforms contribute to a healthy, independent, and diversified news ecosystem”.

He went on to say that the News Showcase was just one component of the company's larger commitment to India's vast and diverse news ecosystem. Today, we're also announcing the expansion of our Google News Initiative efforts to bolster journalist training efforts, as well as new programs to help over 800 small and mid-sized publications achieve financial sustainability with training in audience development and product innovation to support news organizations' business success”.

In the futureShowcase will introduce support for more Indian languages. Google will pay participating news organizations to offer readers access to a limited quantity of paywalled content as part of the licensing agreements with publishers.