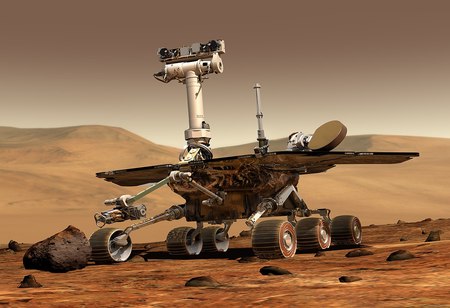 The application of AI in space exploration is not a new concept; it has been around for quite a while now. Back in the early 2000’s, NASA had launched the Earth Observer 1 (EO-1) Satellite whose onboard AI systems helped scientists analyze and respond to natural calamities like floods and volcanic eruptions.

Space exploration results in the accumulation of humongous amount of data which is nay impossible for any human being to analyze. That is exactly where artificial intelligence comes into the picture. Machine Learning helps to decode data sent in the form of images. In this regard, the SKICAT (Sky Image and Cataloguing Tool) assisted space researchers to classify at least 1000 objects in Space in very low resolution. Similar applications helped space explorers identify 50 new cases of gravitational Lensing. Gravitational Lensing is the gateway towards the discovery of the elusive dark matter which is believed to constitute 85 percent of all matter in the Universe.

By the end of 2017, AI in the form of the Kepler Space Telescope helped scientists discover two new planets namely Kepler 90i and Kepler 80g. These discoveries were seen as an exciting prospect for the future of AI application in space exploration as the researchers wanted to find out if Kepler was able to differentiate between real planets and false indicators. It is the AI application that enables the rovers to explore surfaces of planets and satellites on its own. The Curiosity Rover deployed by NASA can move on its own while avoiding obstacles and determine the best route possible. IBM developed Crew Interactive Mobile Companion (CIMON) – a head shaped robot assistant for astronomers in space stations. It is similar to Amazon’s assistant SIRI, with a range of other functionalities which includes inventory management, photography and videography.

The Chandrayaan 2 Mission was a landmark moment in the history of exploration as its rover named as Pragyan was integrated with Chandrayaan 2 via AI technology. At present NASA is working to bring in GPS facilities in space that would make it easy to explore other planets and satellites. Like the infinite expansion of the Universe, AI too has infinite possibilities in terms of space exploration. Therefore, it is evident that AI will be the key enabler of future space explorations.