Applications Of IoT In Our Day-To-Day Lives 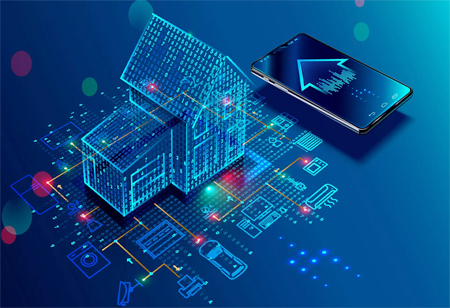 The buzz generated by the disruptive technology of Internet of Things (IoT) has been intense. Applications of IoT are penetrating into various industrial segments. The power of internet connectivity has spread its wings beyond computers and smart- phones as every smart device out there, is aiming to solve real world issues with digital intervention.

According to Business Insider estimates, there will be around 31 billion smart devices by the end of 2020. Within a space of just 1 year, the number of IoT devices increased from only 5 million to a whopping 24 billion.

IoT applications have already been utilized across a variety of domains which includes the likes of Smart Home applications, Wearable devices, healthcare, smart cities and most importantly industrial automation. Wearable technology is one of the earliest industrial segments to have employed IoT in its devices. Fit Bits, heart rate monitors and smartwatches are just some of the IoT based wearable devices that has hit the markets with a storm. One of the lesser known wearable IoT devices is the Guardian glucose monitoring device that helps to track glucose levels in people suffering from Diabetes. Smart homes are probably what come to mind when one thinks about IoT applications. Smart switches and electronic home appliances that can be given commands from a far away location via the internet is one of the most revolutionary utilization of IoT that is trending among people nowadays.

In the medical domain Internet of Things has turned medical services from a reactive stance to that of a proactive one. Health monitoring devices, Smart sensors, and the ability to store and analyze vast pool of data has opened up new opportunities to detect diseases as well as conduct efficient tests. However, it is the Industrial automation sector that is capitalizing on IoT techniques most rigorously. IoT applications are being utilized in factory digitization, safety and security within industrial plants, product flow monitoring, quality control, logistics and supply chain management. Moreover, IoT applications also enable businesses to re-engineer their products.

IoT has successfully merged the hardware and software to the internet to create a smarter world around us. It has introduced us with applications which was only being imagined in sci-fi movies just a couple of decades ago. With IoT, the future has already embarked upon us.