Can India Build a 'Saudi Aramco' in the Data Industry? 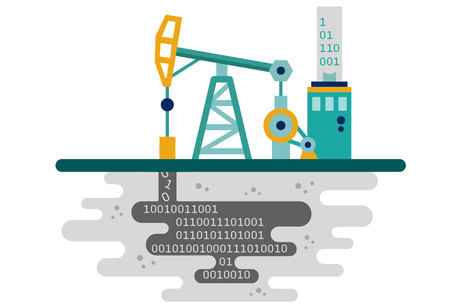 “Data is the new oil”. We have passed almost a decade after the expression was first echoed by Clive Humby, the innovator behind Clubcard – the world’s first supermarket loyalty scheme. He was the one who injected the whole world with the concept of data as a resource, which holds extraordinary potential when it is mined and analyzed - just like oil. But after a decade, the world is mesmerized by the level of impact that data is able to engender. The global big data and business analytics market was valued at $168.8 billion in 2018 and is predicted to hit $274.3 billion by 2022.

The way it unfolded also validates the thoughts of Clive to the detail – just like the case of Oil refineries the data industry turns into Analytics companies in order to make actionable sense out of data. No wonder the new global data analytics monopolies, such as Tableau, Qlik, and Mu Sigma Analytics, are already starting to shape up. It’s a safer bet that there could well be a Saudi Aramco in the making. Could it be from India? Well, why not?!

India, with a population of 138 crore, is only second to China in terms of internet users. According to the International Telecommunications Union, there are around 63 crore internet users in India. That’s a crucial signage right there. Let’s take the case of data mining through the internet & WWW. Currently, according to a report by Flipkart, the e-Commerce segment in India accounts for 3.4 percent of the overall retail market, thanks to 100-110 million online shoppers. India lags behind only China. But we are amidst an e-Commerce revolution with online shops starting to outreach the nooks and corners of the country. The report by Bain and Co. justifies exactly this trend. They predict that India’s e-commerce market is set to clock $100-120 billion in gross merchandise value (GMV) and 300-350 million shoppers by 2025. We are talking about a wetland for data mining. Then again, that’s just one example.

According to the National Association of Software and Services Companies (Nasscom), India is home to about 600 analytics firms that could use this wetland to dig in, out of which 400 are start-ups, and 100 among them were born during 2015. For sure, there is no shortage in that area. To support these numbers, this year, India has climbed eight ranks and secured the 72nd rank in the global talent index. Amalgamating all these trends and statistics points out that the country definitely has the potential to give birth to an indigenous monopoly.

K.S. Viswanathan, Vice President, Nasscom, recently pointed his fingers in the same direction, asserting that country’s data analytics industry is expected to grow at CAGR of 26 percent over next five years. Additionally, he says that the sector has huge growth potential and by 2025, India will have 32 percent share in the global market. It’s up to the datapreneurs in our country to bank on this vibe to go for big. They could well build an identity within the digitopia of India.