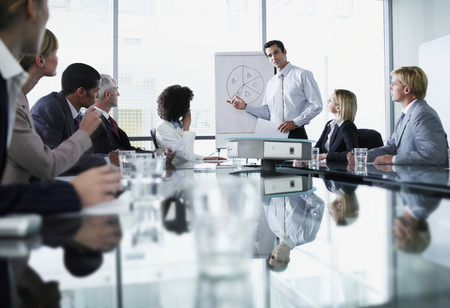 For IT teams, the urgent priority in the wake of the COVID-19 pandemic has been to guarantee that organizations have their hands on technologies they require to continue operating amid lockdowns and business restrictions. However, CIO strategies for responding to the coronavirus crisis should also include longer-term planning to make sure IT environments can meet lasting new business needs that result from the pandemic, according to technology services providers and analysts.

The IT strategic planning process is complicated by the severity of the sudden economic downturn caused by the pandemic, which has sharply cut revenues for companies in various industries and forced businesses worldwide into short-term crisis management mode. In many cases, that includes reduced IT spending overall, at least in 2020.

"A lot of organizations are just concerned about survival at this point," Gartner analyst Paul Proctor said. "I'm talking to clients who have seen 100% loss of revenue. It's really dire out there right now."

But even in the current situation, he added, CIOs "need to have some eye on the future" to align IT networks, systems and applications with post-pandemic enterprise demands in a cost-effective way.

Survive now, thrive later
Jitin Agarwal, vice president of enterprise products at software development and consulting services firm EPAM Systems Inc. in Newtown, Pa., uses the phrase "survive and thrive" to describe the dual demands that IT executives face in the current situation.
Focusing on both the short and long term creates a double-edged sword for CIOs to handle, especially in hard-hit organizations, Agarwal acknowledged. But he said that in addition to helping business operations get through the current crisis, CIOs should spend at least some time looking more strategically at the future technology requirements and priorities that will be spurred by the pandemic.

"The best ones are also thinking of how things will change and what impact does that have," Agarwal said. "It would be almost impossible to see it going back to business as usual."

Strategic alignment on IT budget growth
Respondents to TechTarget's 2020 IT Priorities Survey cited security, network infrastructure and services, and cloud services as the top three areas in which they expected their IT budget to increase this year. The survey was conducted in late 2019 and early 2020, before the virus outbreak became a global pandemic, so some of the planned budget increases may well have changed. But those three items align with the kinds of technology investments that Proctor, Agarwal and other consultants expect to be included in CIO strategies looking beyond the initial response to the pandemic.
For example, collaboration tools like Microsoft Teams are becoming all-in-one communication platforms for many business users, said Ben Niernberg, executive vice president at IT and managed services provider MNJ Technologies in Buffalo Grove, Ill. "I'm using my cellphone less than I ever have," he noted. "Teams is my new phone. I use that for calls now."
But with all that traffic going over the internet now and likely continuing to do so in the future, many organizations will need more network bandwidth on their VPNs, Niernberg said. Stronger security protections will also be needed for remote work environments and digital transformation initiatives, he added. And increased cloud usage offers a way to speed up system deployments without requiring large capital expenditures upfront or making IT staffers install equipment in an on-premises data center.