Clean Tech Innovations that will Shape Our Future 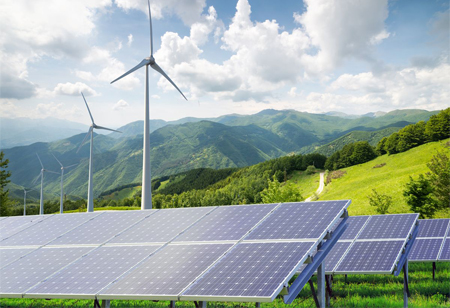 The World’s natural resources are at a brink of exhaustion. At the current rate of Global mass consumption, two Earth’s will be needed to sustain our modern lifestyle. Scientists are predicting that by the year 2025 around 1.8 billion people will have no access to safe drinking water and that our current Oil reserves are going to dry out in the next 46 years.

However, the recent advent of the fourth industrial revolution has given some hope for reversing the situation. Future technology ideas centred on Clean Tech and Renewable energy have embarked upon a new phase of technological innovations, and are going to fundamentally change our energy consumption patterns in the future, and that revolution is called Clean Tech. The Cleantech Industry is not a unified industrial sector but it implies innovative clean technologies to utilize renewable energy sources such as solar energy, Wind energy and Hydraulic energy, water management, waste management technologies and many more.

The Cleantech Industry has undergone massive changes in the past decade. Innovative Cleantech startups are collaborating with NGOs and national governments to take appropriate actions and tackle the world’s environmental crisis. The world has entered a phase where it desperately needs to change its energy consuming habits and consumption patterns if one desires to leave behind a liveable planet for our future generations. Here’s a look at some of the clean technology innovations that are poised to create a more sustainable and safer future for the planet:-

Commercialized Use of Captured Carbon:
Carbon Capture and Storage (CCS) has long been suggested as one of the technologies with the potential to reduce GHG emissions. Technology companies like Carbon Engineering are enabling the capture of carbon in the air and utilizing it for industrial or other commercial purposes. This product has been named Air Carbon and it can be also used for the manufacturing of plastics and other products such as phone covers and chairs. Researchers are also trying to build carbon fibres from Carbon Dioxide gas which would ultimately cost less than the typical production process using Polymers.

Carbon Dioxide can be technically converted into any type of fuel as per our desires but the technology involved in the conversion is a very expensive one at this moment of time. A plan to produce fuel from captured carbon is to use power plants such as Solar Energy and Wind energy plants that are producing excess electricity. Another method of capturing Carbon Dioxide is to use micro-organisms to power the necessary conversions. Microbes naturally convert Carbon Dioxide using Photosynthesis, producing simple sugar such as Glucose in the process. Research and investments are needed to scale up this method before it can be put to optimum use.

New Generation Organic Flow Batteries:
Invented by a group of researchers from Harvard, these batteries unlike the conventional ones use external tanks instead of components inside the batteries. The benefits of external components in batteries are manifold – it allows the batteries to have much more power back up and also offers much higher battery life. New generations of flow batteries are created using tanks of electrolytes are capable of powering thousands of homes by one battery.

The new generation Organic Flow Batteries can prove out to be one of the future technological ideas that may prove as a stepping stone to set up solar energy and Wind energy generation plants.

Sustainable Houses:
Companies like Lifehouse have come up with a unique innovative housing solution that leaves bare minimum carbon footprint on the environment. Sustainable housing is a concept in which houses are constructed using literal wastes such as tires, cans and bottles. By treating waste as a building material, the environment can be saved from low-cost and eco-friendly housing solutions.

Apart from Carbon Capture and Storage (CSS), Sustainable Housing Solutions and Organic Flow Batteries there are many other Cleantech innovations such as Solar Chargers and Energy efficient cooking appliances that will in the due course of time be in high demand, and completely takeover the energy market. Until then, it is the responsibility of the entire human race to use non-renewable sources of energy such as coal, natural gas and petroleum judiciously.