Covid-19, an Opportunity for Indian Industry to become Self-dependent 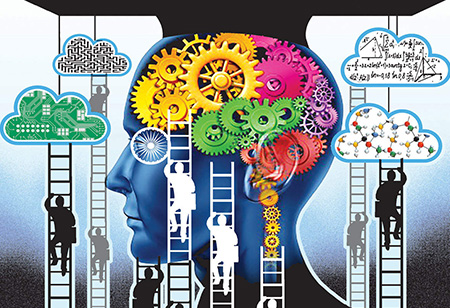 As the outbreak of the novel coronavirus in China, the factory of the world, could be an opportunity to acquire new markets for Indian manufacturing besides a lesson in risk management.“We have a sudden hidden bonus in the form of coronavirus, which has created a deep awareness within people across the world about exposure and risk that they will face for being solely dependent on China,” said Amit Kalyani, executive director of Bharat Forge.

The coronavirus outbreak has sent shivers down the spine of the global economy, it has disrupted the complex global supply chain network.Even in China accounts has been close to 30 percent of global exports of electronics and electronic components. This significant dependence or, in some cases, over-dependence on China is hurting the global economy and companies are now on a lookout for alternative production hubs.

In a recent talk at IIM-Calcutta, the Chief Economic Advisor mentioned that “the outbreak of coronavirus provides a good opportunity for India to follow an export-driven model.” But the question is whether India has the necessary tools and

infrastructure to replace China market. India does not only have the potential to match China in terms of scale, but it is endowed with rich pool of unskilled labour, and a robust service sector. Given the complex supply chains that China operates, the biggest stumbling block will be the lack of skill. Apple’s iPhone is a striking illustration of this bottleneck.

Apple’s manufacturing stint in India began in 2016.Since then it has been producing four models in the country, and all of them old models. However, the new models are still manufactured in Shenzhen, China. This is because of the extensive network of suppliers that operate in that region, easing the logistics process involved in manufacturing. Further, the complexity of the components manufactured goods warrants a standard of skill which may be lacking in the Indian labour force. Also, the quality of infrastructure and connectivity issues does not aid India’s cause.

The present belief is that China may resume its production by mid-April. But given the massive scale of the Covid-19 outbreak, April seems too soon for a recovery. Hence, there is scope for India to take pre-emptive action — driving companies towards India. In this regard, the first step would be to acknowledge that having a large population is not a necessary precursor to attract foreign investment, instead a better environment, lower administrative bottlenecks, more incentives would.

Furthermore, secondly, if India is to come closer to the level of China’s operations in supply chains, there is a need for a massive push for creating a robust infrastructure. This calls for investments in steady power supplies, efficient port and road operations, and greater ease in custom clearance.Third, India needs to move away from an input base system to a more support base system (manufacturing of parts and components) that would promote participation in the supply chains.
Every industry is different.

Hence it is vital to understand the diverse need of these businesses and focus on specific sectors (such as pharma and automotive), which could yield greater and faster gains. These steps are eminently feasible, with first steps like the adoption of national logistics policy already in progress. India cannot dethrone China before the world recovers from Covid-19. It, however, can establish itself in the manufacturing space.