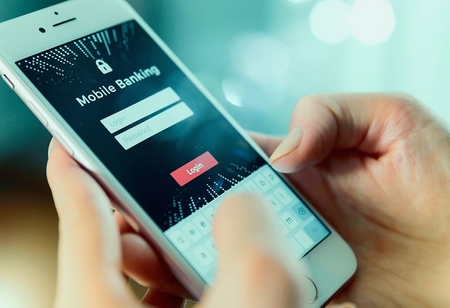 The impact of cashless society in India will have reflections in the employment rate, reduced cash related robbery and forgery, and thereby elimination in risk of carrying physical cash. In its strategies to fulfill the dream of a digital economy, India has to look at some of the ongoing trends as well as drawbacks in the light of present socioeconomic situation

India has an unfulfilled dream for a cashless economy where people use small amount of cash for transactions. This might seem harmonious with the economies of Sweden and Canada, where both countries are en route towards a cashless society. In India, the demonetization of 86 percent of currencies in circulation pushed the economy to depend on digital transactions. This resulted in accelerating banks to plunge into choices of enabling other payment options other than cards. Today, as people have started preferring digital payments on a wide scale, easy payment options have also started flooding point-of-sales.

Here, we will look at some of the major trends that are pushing the adoption of Digital Currency among the public, and later move on to examining the other angles of the same.

Biometric Authentication can Push Digital Currency Adoption
Security has become a major concern for both the government and the public. It can be observed as one of the dangers of cashless society as there has been news from corners around the world with regard to payment frauds due to security breaches. Biometric authentication would be a key trend that can be witnessed in the year 2020. This kind of verification method involves biological and

structural characteristics of a person that uses fingerprinting scanners, facial recognition, heartbeat analysis, and vein mapping. By leveraging biometric authentication to compact problems of identity threats and frauds, there will be more secure ways in which people start using the digital platforms for transactions.

Rising Demand for Mobile Point of Sale
Today, as merchants have started investing in ecommerce stores, in-store payments have become the stories of the past. Mobile point of sale, mPOS, has liberated them to move across locations where trade shows, concerts and events can be hosted and enable a seamless payment acceptance with the customers. Such revolutionary devices and technological advancements are driving a streamlined and flexible checkout area for customers. According to Business Insider, 27.7 million mPOS devices in operation by 2021, which is a significant number as compared to 3.2 million in the year 2014.

Advantages and Disadvantages
A drive towards cashless economy in India poses both advantages and disadvantages which can be analyzed from its usability. For India, moving towards a cashless economy is a choice at the right moment to liberate itself from the heavy dependency on cash. This will benefit in the easy tracking of all transactions which otherwise cannot be done. As experts think, cashless economy is one of the best options to track black money and illegal transactions. As digitalization is not just about the increased use of digital payments, it also keeps a track on the financial transactions that avails the authorities to check the transfer of money.

Meanwhile, there are also some disadvantages that are raised concerning the present Indian socioeconomic situation. Since smartphones have become the great friend of the public, it is hard to think about a life after losing it. It can not only drag the user vulnerable to identity theft, but they can end up helpless in the absence of physical cash. One important fact to be noticed at this moment is that, India has a low internet penetration of 40 percent as of December 2018. India has so far registered an annual growth of 18 percent in the number of internet users, which is low, making the cashless economy a dream far away.

What Future says
More than three years after demonetization, India is still cash reliant with about 95 percent of transactions. However, India’s cashless transaction percentage in volume terms has recorded a growth rate equal to 58.8 percent during 2018-19, which is higher compared to 50.4 percent in 2017-18. “In value terms, there has been a growth of 38.2 percent in retail transactions, from 45.8 percent last year. They accounted for 99.4 percent of digital transaction volume and 17.2 percent for value,” says RBI in a report titled ‘Payment and Settlement: The Plumbing in the Architecture of India’s Financial System’. Digital money is bound to lead a greater financial inclusion, helping unbanked populations. Meanwhile, those who are illiterate on digital transactions, older people who carry cash, and people in remote locations with limited access to internet might find it difficult. Digital payments are the future, and the upcoming trends will play a role in fueling and shaping the payments methods of tomorrow.