Most people believe that driveless cars are the next future. Research conducted in US, has revealed that the number of U.S. deaths ensuing from road accidents could be decreased by more than 90 percent in the years because of self-driving cars . In a third-quarter earnings call, Musk said “Tesla appears to be on track for at least an early access release of a fully functional full Self-Driving by the end of this year.” New car are inbuilt with automated features for the uses like collision detection and parking. Automated driving systems for trucks, cars, and vans are on the mode and set to get some giant variations and convenience.

Autonomous car’s functions are frequently verified and evaluated on a six-tier scale, with Zero Level signifying no autonomous element and a Level 5 ranking representing an autonomous vehicle that can constantly execute all driving functions without the requirement for any human effort. Few information and experts proposed that Autonomous Driving System vehicles are

already secured and safe than human-operated vehicles. Self-driving cars do not undergo from sleep deprivation, and they also cannot drive under the control of drugs or alcohol. The cars also have ample fields of visualization and are considered to follow traffic laws, at the same time; human drivers may ignore laws or fail to follow the rules due to distractions.

By the mid of 2020, the classic vehicle is likely to enclose more than 300 million lines of code and will have more than 1 TB of storage and will need memory bandwidth of around 1 TB per second to sustain the compute performance essential for autonomous driving platforms. A self-driving car’s AI system needs a nonstop, endless stream of information and directions in order to create real-time decisions based on multifaceted data sets. Victorious self-driving vehicles exist on the road today, o the other hand, the victory of most of these early vehicles is the effort of constantly driving the same direction always over many days, and they understand every feature of the route and make high-resolution maps that are later used as the primary element of the self-navigation system.

Nowadays, transportation is one of the largest providers to greenhouse-gas pollution. Numerous autonomous vehicles are being intended to be completely electric, so that they can protect on fossil fuels and diminish emissions and pollution.

Autonomous cars are developing from futuristic vision to modern reality, and as the technology improves, individual and public transportation will be eternally transformed.

Tech Companies Rising Up to Fight Against Coronavirus Pandemic 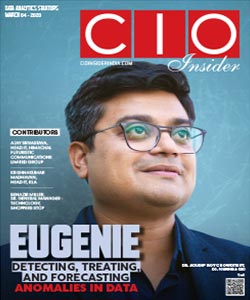