Edge Computing: A Few Places to Check out its Potential 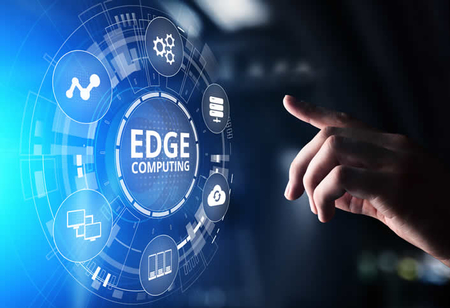 The arrival of the Internet has enabled the world connect better. In the aftermath, data has become the new oil. Be it at work or personal life, we tend to produce and process enormous amounts of data from people as well as machines. With thousands of devices dependent on the internet for its function and Bulk Data generation, it makes it harder for even cloud computing to handle them all. This is where Edge Computing makes the entry. It assists in faster processing of data at lower costs right at the source. Today, ‘Edge Computing’, is changing ways how data is being processed, dealt and passed on from one device to another across the globe. High latency in data processing is the archenemy of effective decision making. Take the financial sector for instance, where it's often required to make real-time decisions out of events or large market shifts and if any error occurs during data computing, the consequences would be huge loss of money and effort.

What’s Edge Computing Anyway?
Edge Computing enables connected devices to process data closer to where it emerged or on the ‘edge’, which can be either within the device or near the device, while providing an alternative to transfer of data to a centralized cloud for processing. Simply put, it is the practice of collecting, storing, processing and analyzing data at the source.

According to the statistics of Statista, Edge Computing today is one of the fastest growing markets with global revenue aimed at reaching $9 billion by 2024. Some industries have already made wide use of it in their day-to-day business. It proves beneficial by reducing latency, increased data security and privacy, robust and responsive application performance, reduces operating costs and improves. It has proved its worth in several industries and some of them are:

Autonomous Vehicles
A self-driving car is what the term refers to. A few years ago, if seeing a self-driving car was only possible in movies and kids cartoons, now with the surge of ‘edge computing’, this has been made possible. It calls for vehicles to gather and process a lot of information about their surroundings, directions, and even climatic conditions. The gathered information is sent back to its manufacturers to track its whereabouts, usage and maintenance. The edge computing architecture makes it possible to collect process and exchange data between vehicles and broader networks in real time without any latency. Infused with the network of edge data centers, it helps collect and relay critical data to municipalities, emergency response services and auto manufacturers. Such vehicles will offer unparalleled reality without crippling network infrastructures.

Telemedicine
In healthcare, edge computing plays a crucial role in accelerating machine to machine interactions and machine to human interactions. This works through the process of medical devices collecting as well as processing information. For years, the medical industry has had hardships in integrating the latest IT solutions, but edge computing has reduced those hardships by inducing IoT devices that are capable of gathering and delivering vast amounts of patient data, which allows doctors to access critical information of their patients in real time. Edge Computing also leaves a significant mark on accessing healthcare services in remote areas by eliminating the purpose of having to walk miles to reach a hospital. IoT-based healthcare devices combined with edge data centers can bring the reach of those services closer to the patients. Currently there are even mobile applications that not only provide the nearest healthcare locations, but also render other services which include virtual consultation with doctors and home delivery of medicines. Apollo Hospitals 24/7 and mobile app ‘Practo’ are two such examples.

Financial Sector
A lot of banking and other financial institutions are adopting edge computing into their systems to deliver the best services to their clients and customers. Edge computing helps collect real time analytics of data derived from near field communication technology and other customer interactions to present personalized offerings & targeted campaign messages to customers. This can be seen at ATMs and Kiosks which gather and process data, making them more responsive and allowing them to offer a broader suite of features. In other words, edge computing combined with AI enables for extraction and examining of critical insights for better customer experience. Edge computing architecture allows for placing of servers in data centers close to stock exchanges to run resource intensive algorithms to the nearest data source, leading to more accurate and latest information updates that help their business to function smoothly. This helps prevent minor mistakes in the trading algorithm computation and in turn loss of money.

Manufacturing Sector
Through integrating data storage and computing into industry equipment, manufactures can collect data and make better predictive maintenance and energy efficiency, enabling them to reduce costs and energy consumption while maintaining better reliability and productive uptime. It also allows for customized production runs, bettering the meet of customer demands. Edge computing also helps in autonomous decision without human interaction. Sensor data can observe the conditions of machines – speeding up or slowing down operations – to optimize usage. It also forms the framework of machine learning network, where robots gather and transmit data through an edge network using industrial IoT devices that identify irregularities and deduct inefficiencies faster through cloud based architecture.

Augmented Reality Devices
To many, the term Virtual Reality rings a bell louder than the term Augmented Reality. Again, Edge computing architecture plays a vital role where visual data can be delivered back to centralized cloud servers where the digital elements could be added before sending it back to the device. This allows IoT devices to be merged in with AR displays instantly, allowing users to look anywhere to take in new AR details without having to deal with loading times. Most of us have used AR without even knowing that AR is infused in our most used devices such as the Smartphone. Anyone who has played games like Pokémon GO or used a filter on Snapchat or Instagram has made use of AR.

In Conclusion
Edge computing has brought about several changes in various industries. Its biggest trade mark is also its biggest benefit, that is, its ability to process and store data faster. Over time, its existence has become pertinent as it offers an effective result to emerging network problems linked with ample amount of data produced and consumed by organizations today. Although it offers compelling benefits, it also has its own cons. By far the biggest challenge it poses is that making distributed network secure. Though there are significant security advantages to an edge network, a poorly implemented system could result in its vulnerability. Despite all that, many sectors still rely on it, as it has produced many positive outcomes and has helped in their digital growth. Especially now with a lot of IoT devices coming in, organizations are on the constant lookout for how they can utilize edge computing, which indicates how farther its journey goes.